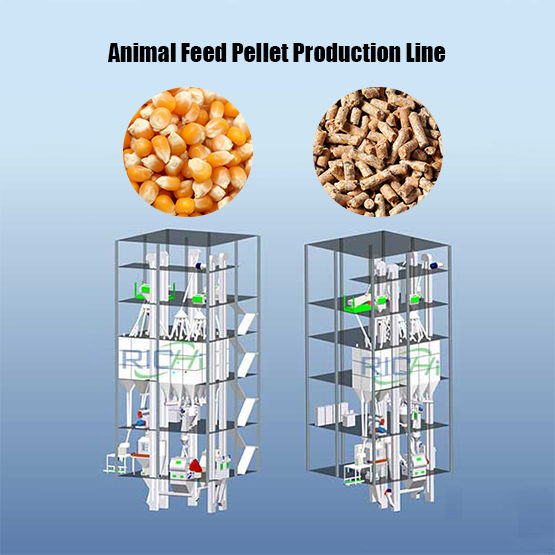 At present, it has provided more than 4,000 sets of pelletizers, grinders, mixers, extruders and other high-efficiency feed equipment for more than 1,000 feed companies and farms around the world. 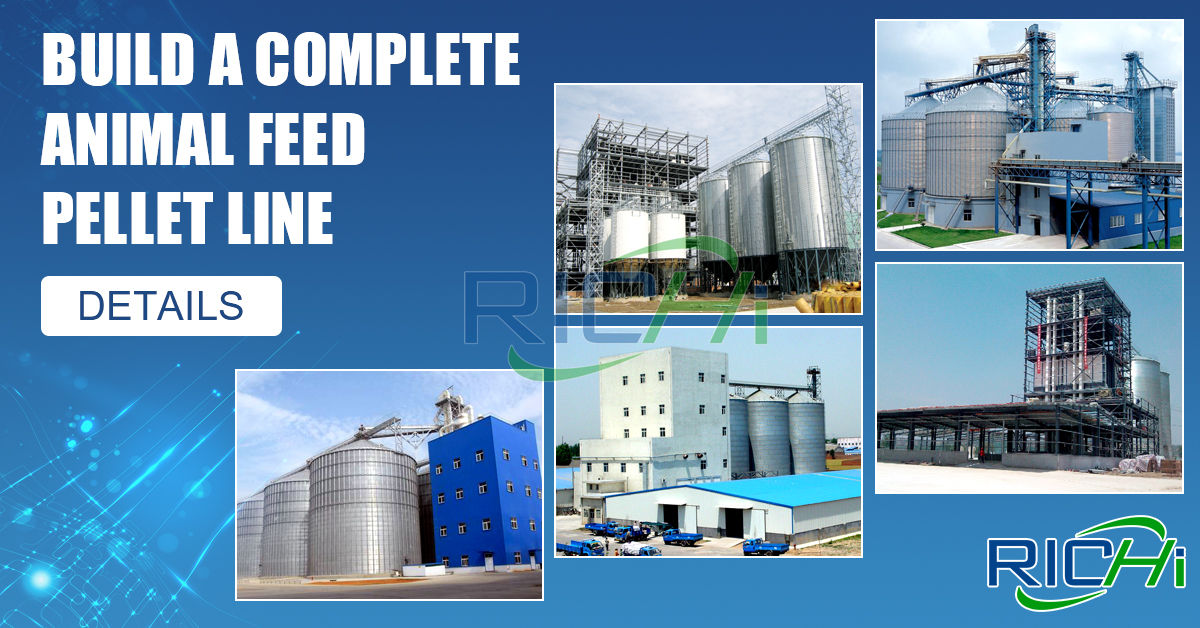 The configuration of the animal feed production line is carefully designed according to the on-site survey or the actual requirements of the customer, which fully reflects the rationality, effectiveness, applicability, large output, low wear and low operating cost of the animal feed mill design.

How to build a new animal feed production line for your feed factory or animal farms? 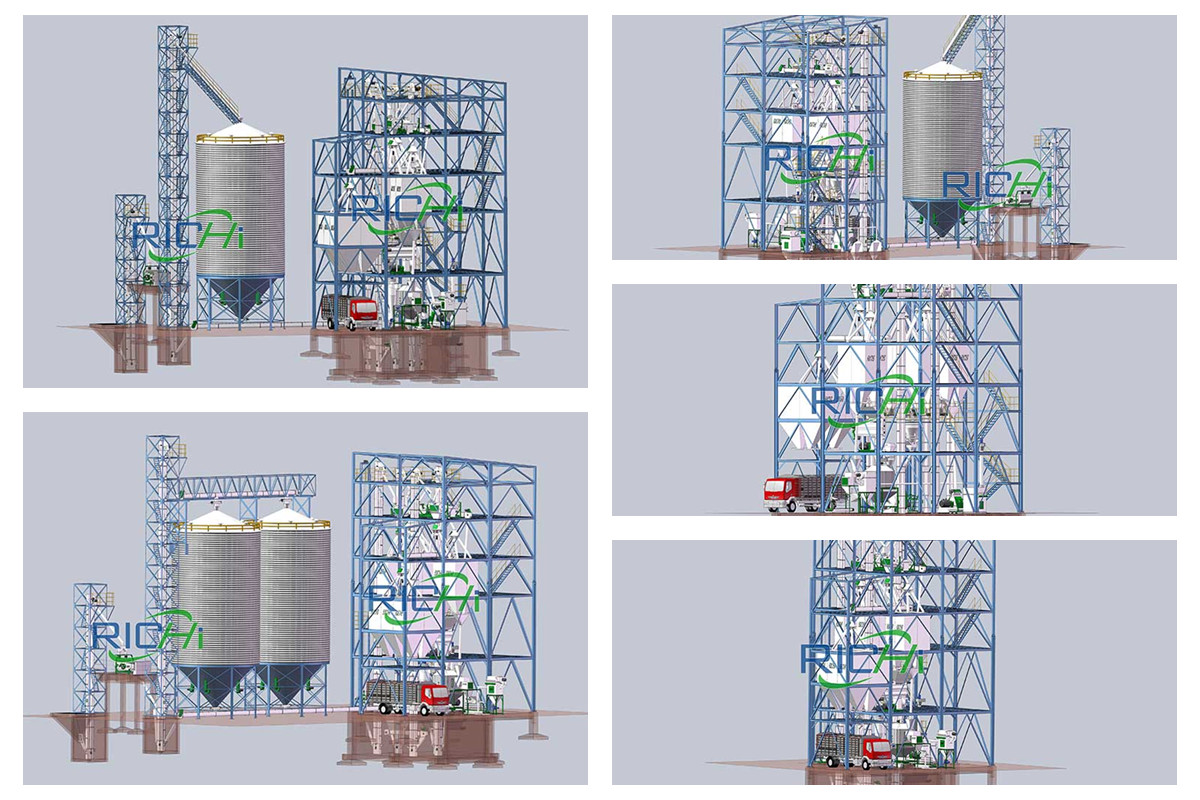 Richi Machinery provides global customers with a one-stop, complete set of professional animal feed production line solutions (business plan for animal feed production) to solve the problems of customers, especially pure investment customers, such as technical difficulties and poor understanding of animal feed equipment, so that the needs and positioning of the project are more clear, and at the same time, the customer's equipment selection range is more concentrated, reducing the cost of energy and financial resources.

If you want to start a new animal feed pellet line for your animal feed mill or animal farm, you should pay attention to the following main processes:

Therefore, if you want to build a high-efficiency, high-quality, high-return animal feed production line, please do not hesitate to contact Richi Machinery and communicate directly with our engineer team, you will definitely get a satisfactory answer. The following is the animal feed mill machine configuration display of animal feed production business plan we have done in several customer project :

Some animal feed business plan we have done

1. From customized non-standard models to multi-combination standard configuration models, RICHI is always in accordance with market trends and customer needs, constantly introducing new ones. In Richi Machinery, each animal feed plants design and animal feed making machine can be customized.

4. The replacement of wearing parts can be completed quickly, reducing downtime and maintenance time.

Although objective factors such as animal attributes and feeding methods will affect the animal feed equipment configuration of the feed production line, these different production processes follow the standard animal feed manufacturing process: 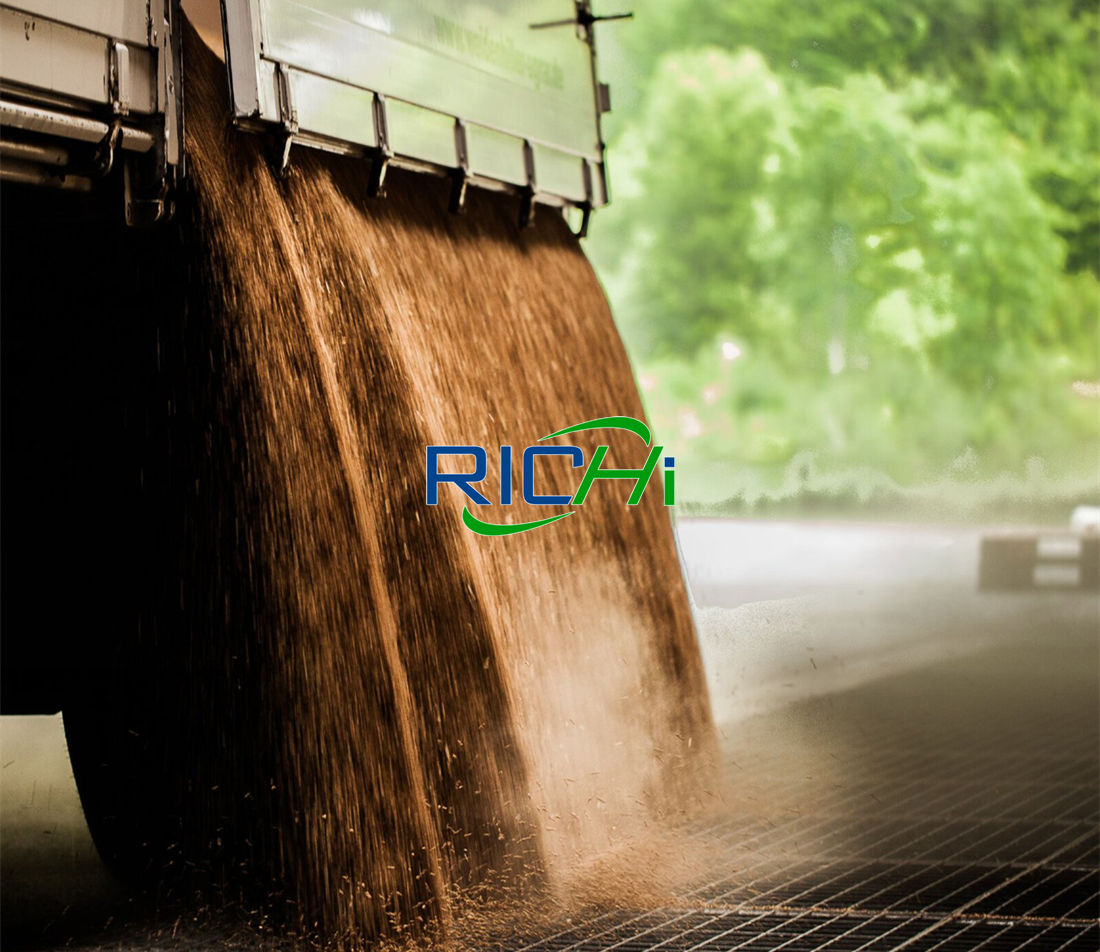 After crushing section, original powder and some premix will be weighed in batching scale according to proportional, then go down to animal feed mixer machine to reach uniformity.

After using high temperature steam to make raw material curing, the materials will be made to pellet through pellet press machine. Then the animal feed pellet will be cooled down by cooler machine. 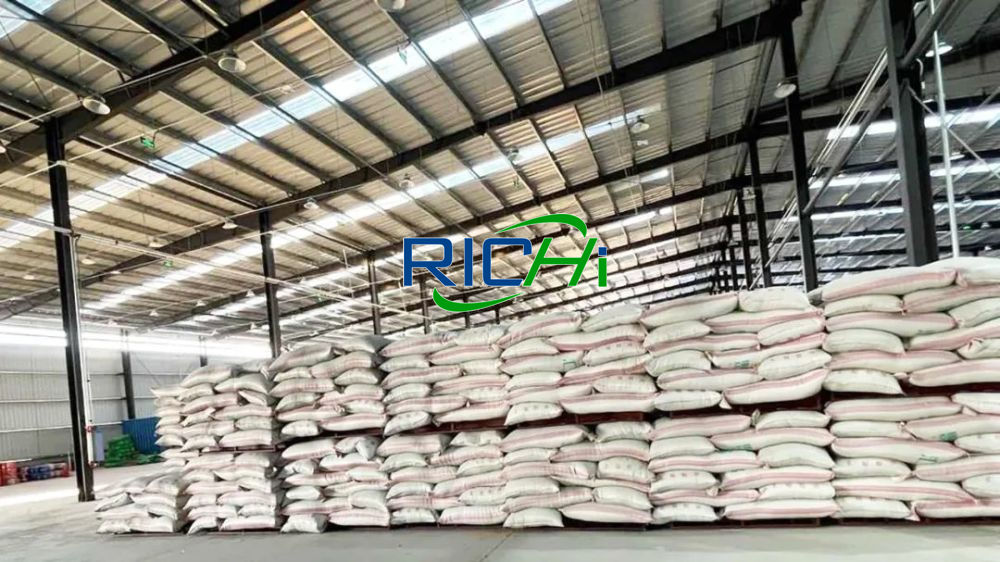 CCP/MCC are designed as per the requirement of the customer. It can also control automation level. 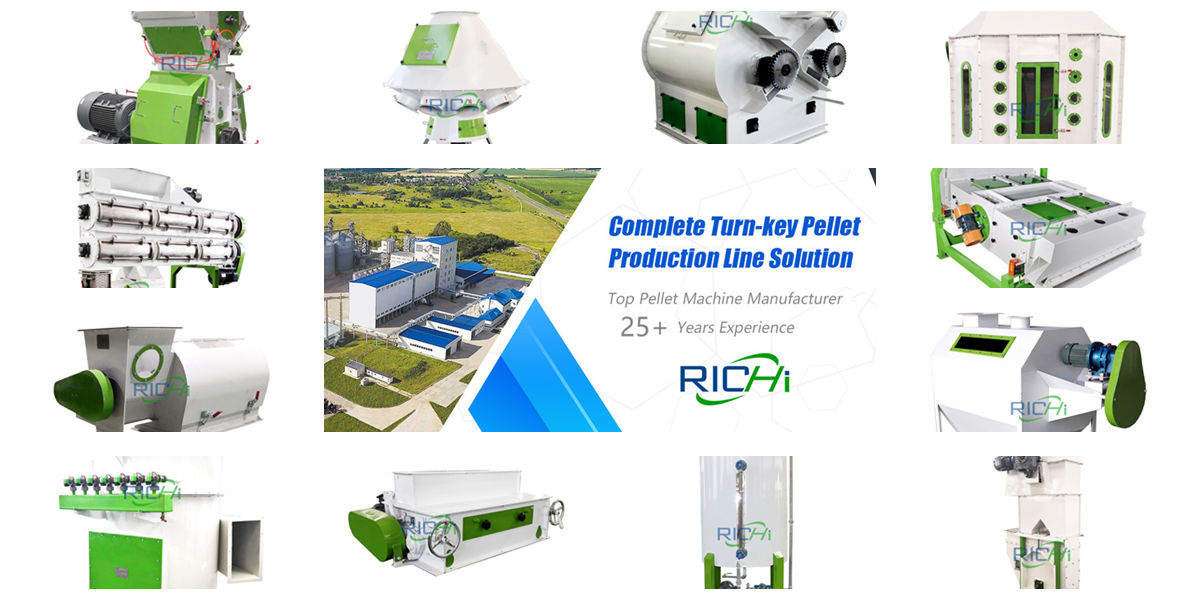 In terms of practical significance, the design of a new animal feed factory is a technical task that uses a series of calculations, drawings and texts to express the construction plan according to certain goals and requirements. It is also a technical task related to politics, economy, engineering, and animal feed production technology and many other disciplines closely related to comprehensive science and technology. 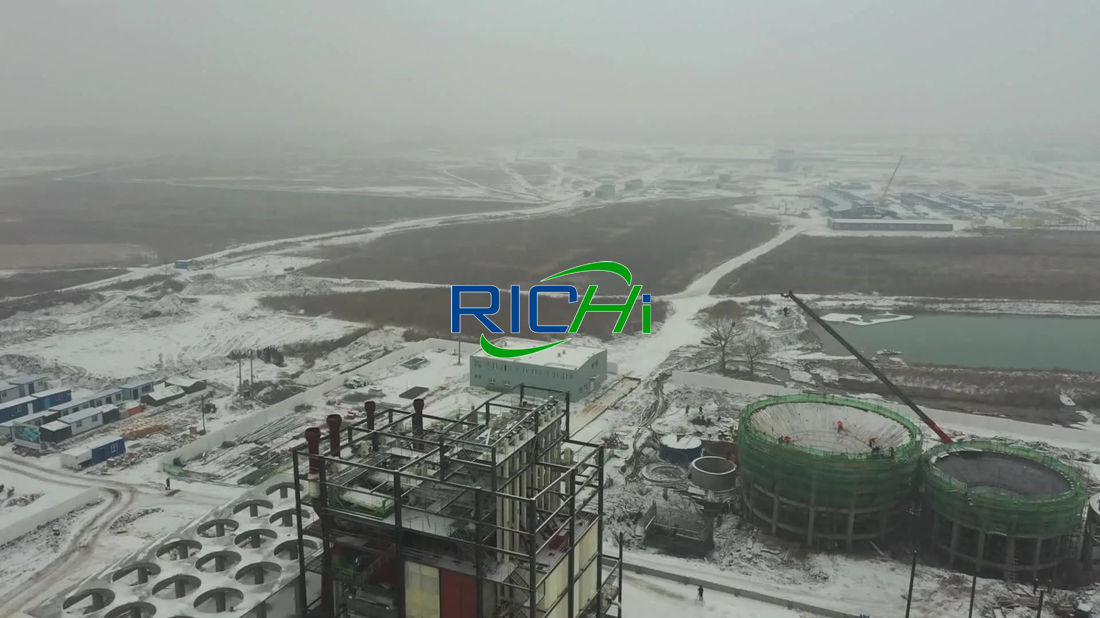 During the animal feed mill design process, it is necessary to use advanced production technology, and to take the technology as the leading specialty, and the engineering geological survey and engineering survey, civil engineering, power supply, water supply and drainage, heating, heating and ventilation, automatic control, waste treatment, engineering in accordance with the basic construction procedures stipulated by various countries, industrial construction shall be carried out in a planned and step-by-step manner. 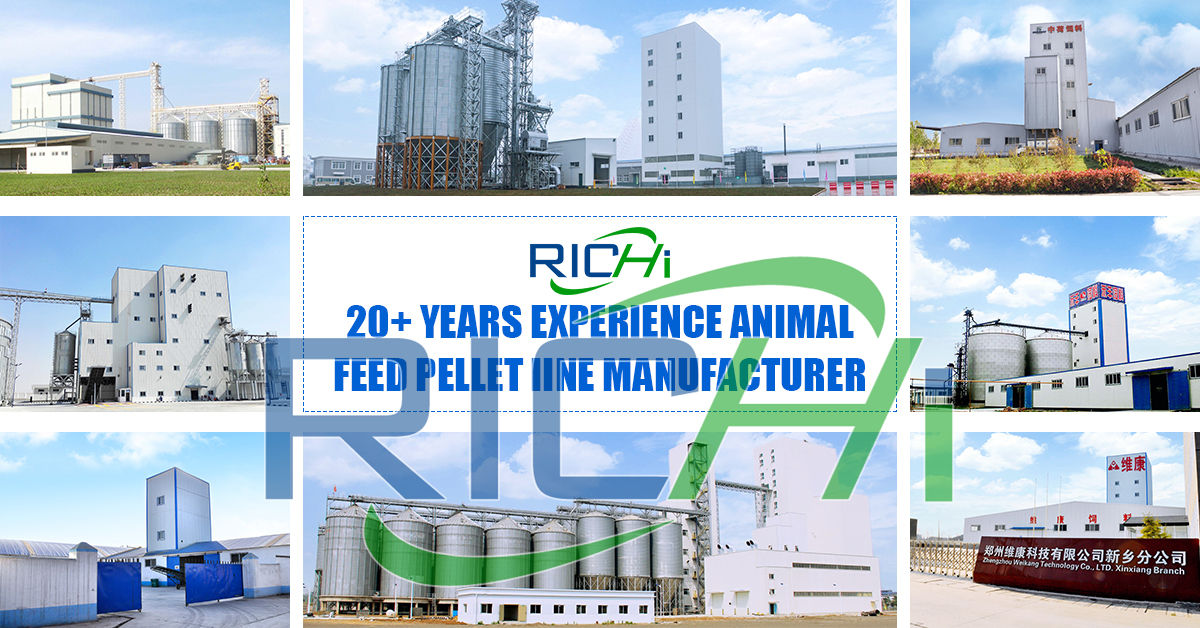 When designing the animal feed line, each design unit should make the design scope clear, coordinate with each other, provide the necessary feed production plant design parameters and conditions between each other, and avoid mutual incompatibility and disconnection.

Generally speaking, the design scope of an animal feed production line mainly includes all the engineering projects produced by the factory and the necessary projects outside the factory, such as railways and highways. It is composed of multiple designs such as master plan, animal feed making process, auxiliary production system, information system and civil engineering. 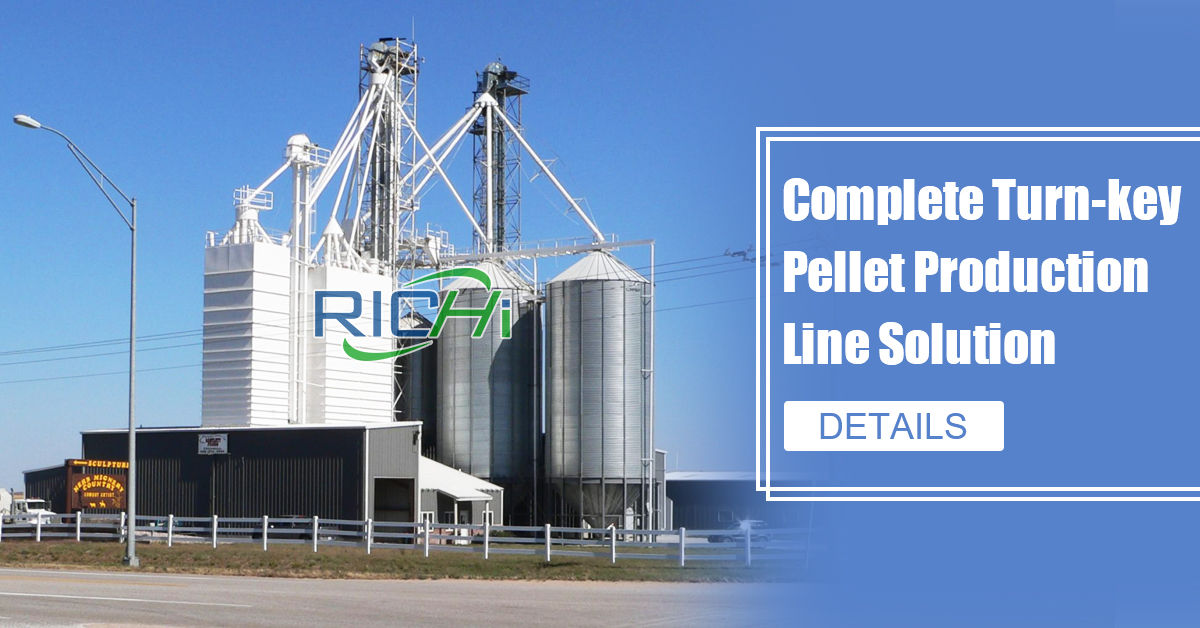 The Alltech Global Feed Survey in 2021 estimates that global feed production has increased by 1%, and the annual production in 2020 will reach 1,187.7 million tons. China has achieved 5% growth and is the world's largest feed producer, reaching 240 million tons. 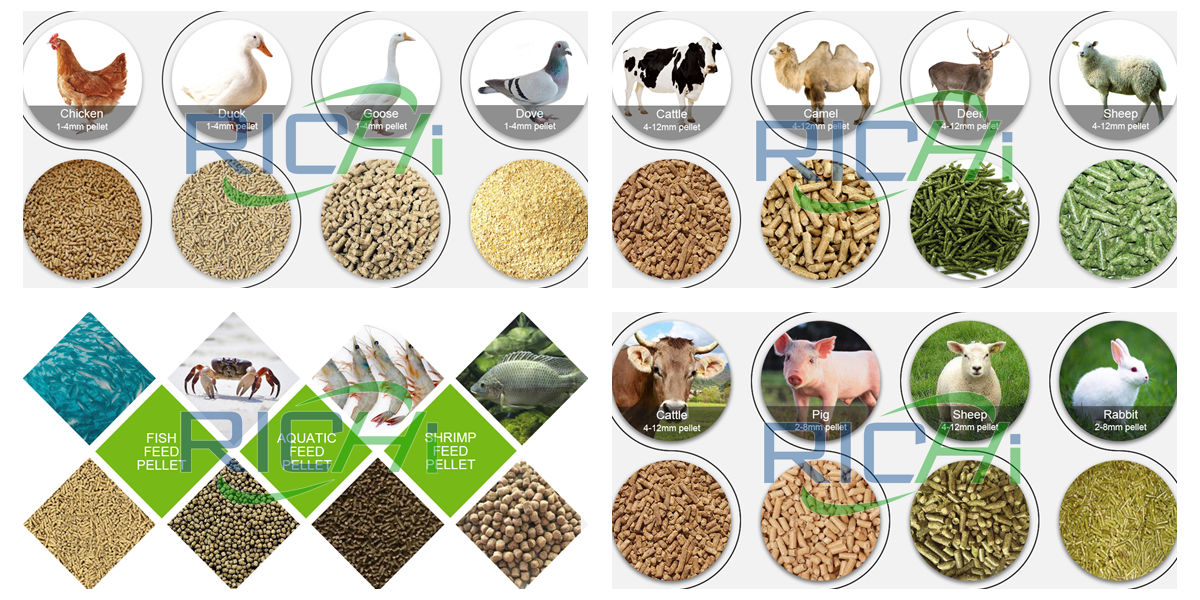 Behind the growth of global feed production in 2020

2020 is a challenging year for many industries, and the feed, agriculture and food industries are of course no exception. Although panic buying has caused many people to worry about the food supply chain, the reality is that people in many places understand that the food supply chain is stable and can meet consumer needs without too much interference. 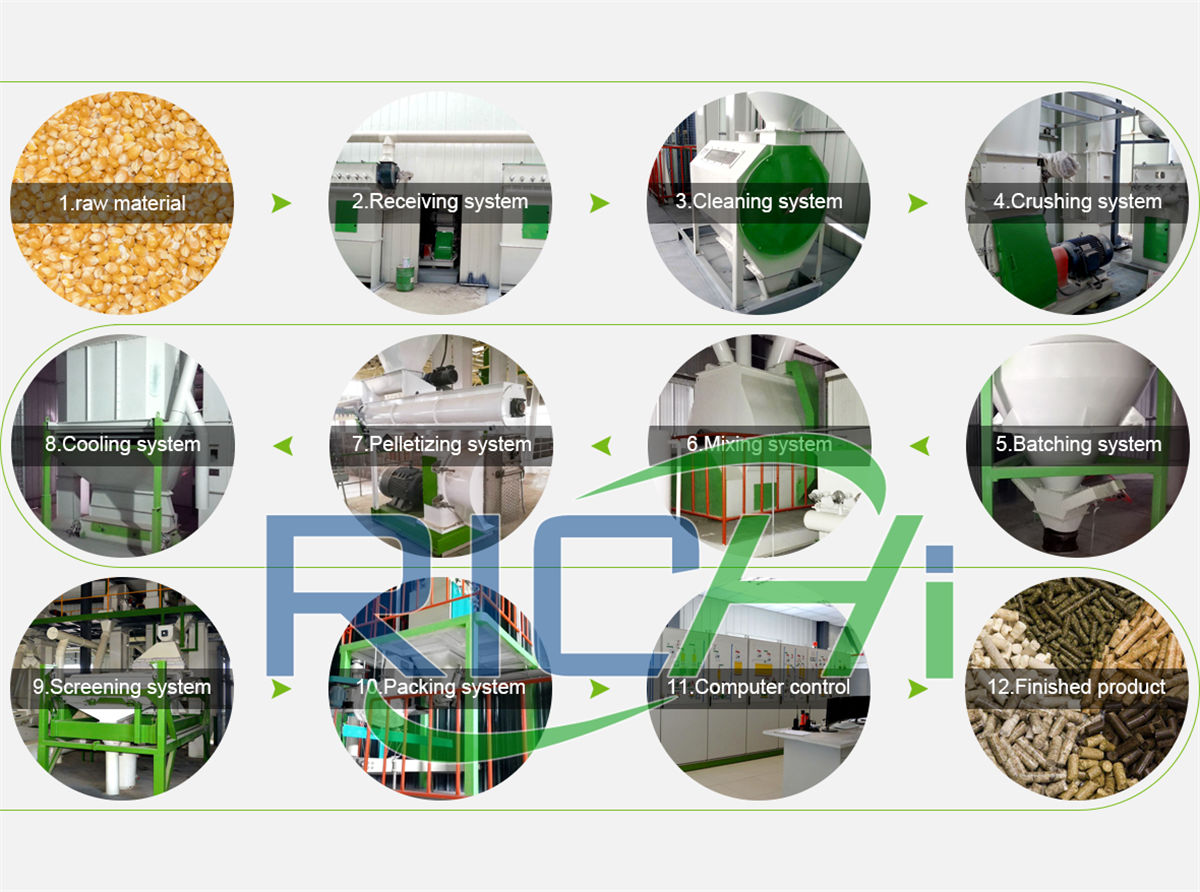 The survey shows that from a regional perspective, the impact of new coronary pneumonia varies. Some regions, such as Africa, have encountered more challenges than others. In many cases, this is the determination of the country. The rise of e-commerce can be seen everywhere in the world, and it is expected that it will become a common way for people to buy food in the future.

Feed prices have greatly affected feed producers. In addition to prices, other challenges include government regulation of more sustainable practices, such as reducing nitrogen use and reducing or eliminating antibiotics. 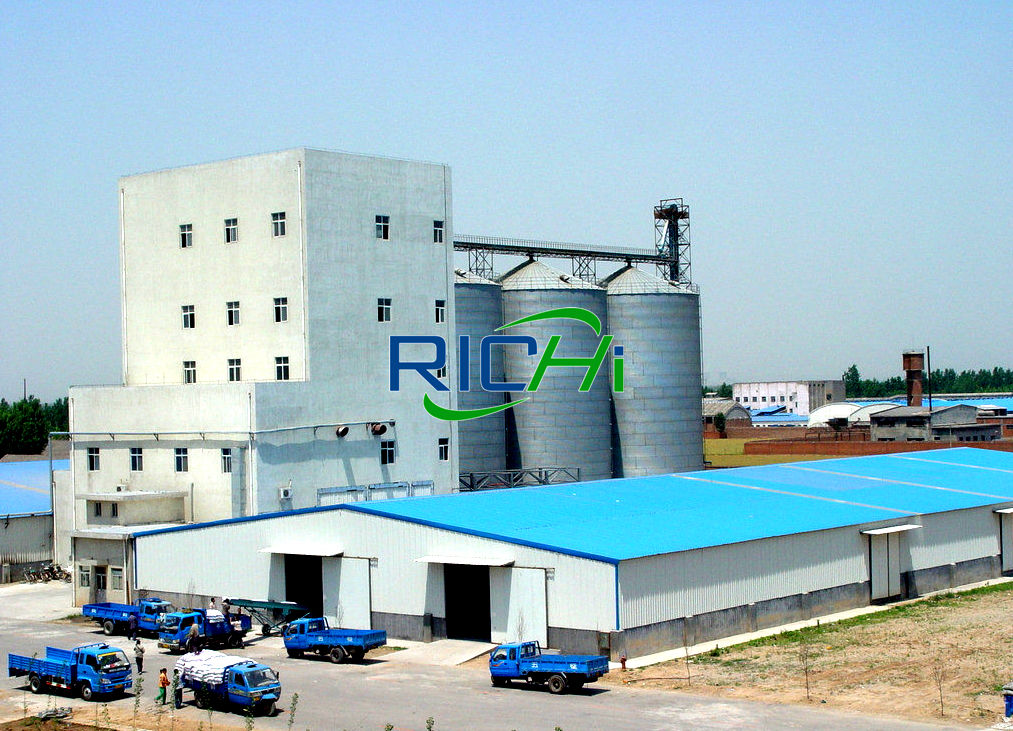 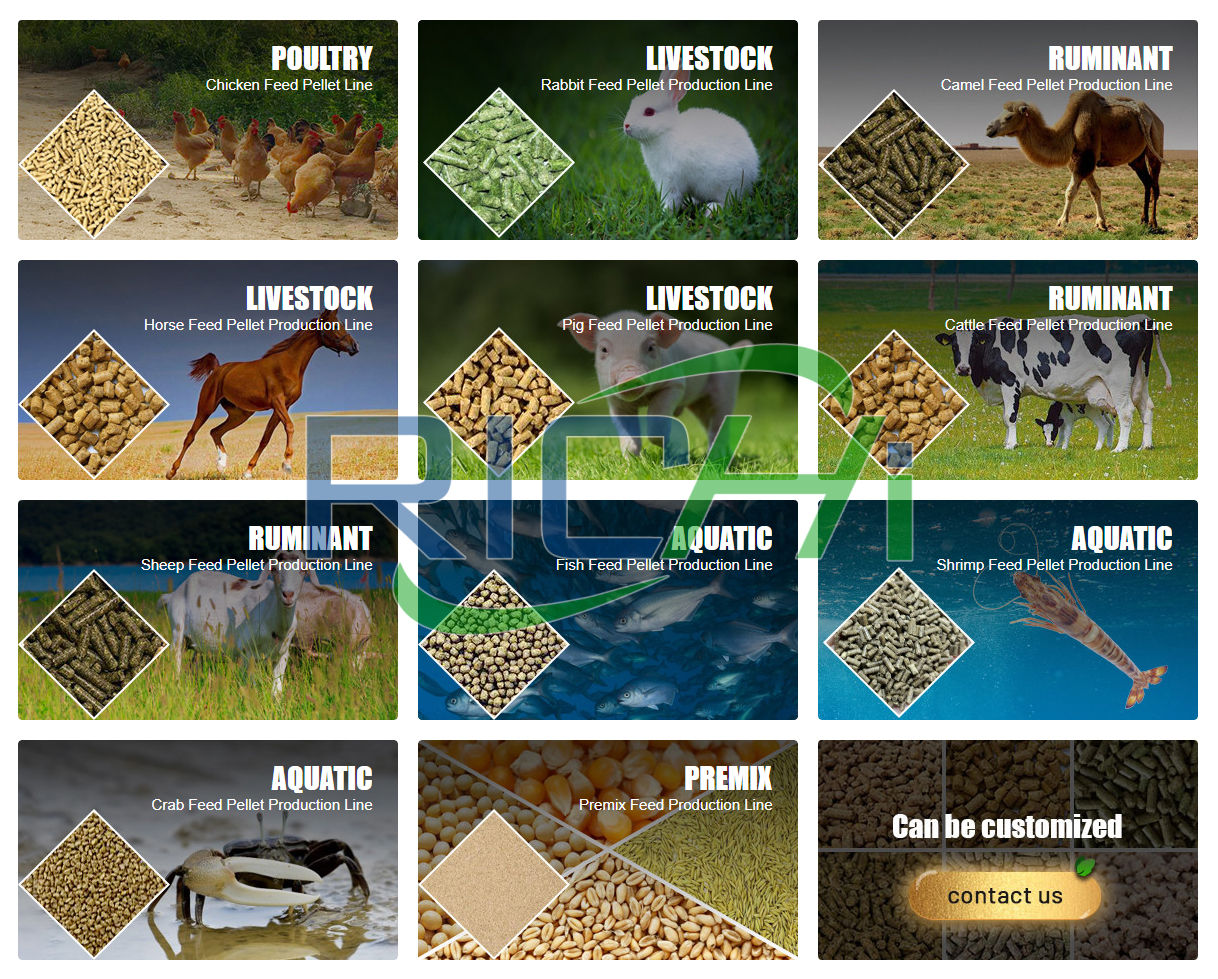 Compound feed is the basis of modern aquaculture, accounting for 60%-70% of the cost of the aquaculture industry. Compound feed can meet all the nutrients required by animals, including protein, energy, minerals, trace elements, vitamins and other substances. Its products can be directly fed to animals without adding other monomer feeds. At present, the livestock and poultry such as laying hens, broilers, pigs and aquatic animals such as fish, shrimps and eels that are intensively reared are directly fed with compound feed.

Therefore, the compound feed market has developed rapidly in China and other regions, and the widespread use of compound feed has led to the continuous increase in production and sales of compound feed, which has greatly promoted the development of the feed industry. 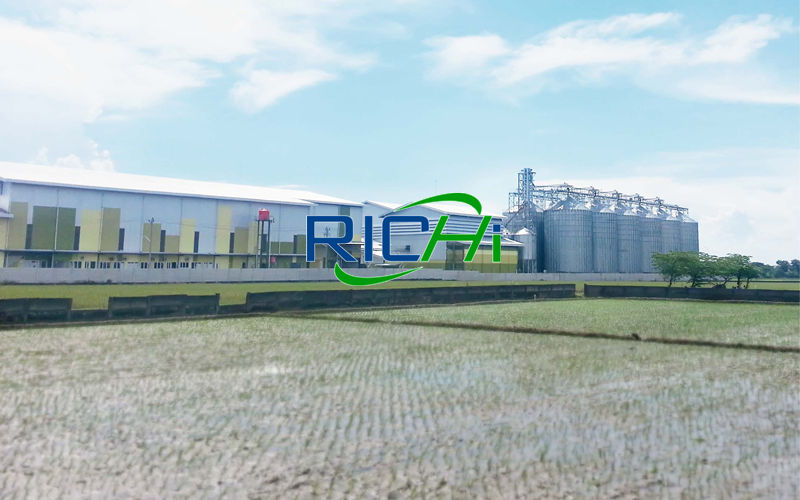