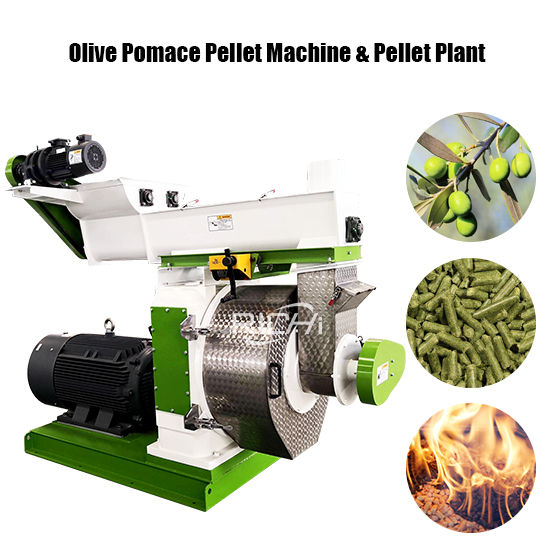 Olive pomace is a valuable by-product extracted from olive oil, it is a thick sludge, the main residue of the olive oil extraction process. It is the remaining pulpy material after removing most of the oil from the olive paste and it consists of pieces of skin, pulp, stone, and olive kernel. It still contains a certain amount of oil and water, and is used in the production of solid fuel, animal feed, composite fertilizer and olive pomace oil.

Although not common in many countries, in Italy and Spain, olive pomace is mixed with various biomasses and used as fireplace fuel. A 1-kilogram olive pomace briquet can burn efficiently for approximately 1 hour.

Olive pomace is used as solid fuel in pellet form especially in the Aegean region. It is preferred because it is ecological, contains 5000 kcal/kg, is affordable, and is low in ash compared to other fuels such as coal. There are exclusive boilers for olive pomace pellets.

How to make olive pomace pellets

Olive pomace is sourced basically from the areas with large olive tree plantation and a well-established olive oil industry. Olive is the most widely cultivated fruit crops in the world with a cultivation area of more than 10 million ha worldwide, and 95% of world’s olives are produced in the Mediterranean region. Most countries along the Mediterranean Sea produce olive oil in varying quantities. Spain, Italy, and Greece represent more than three-fourths of the total olive oil output in the world.

Since 2014, Spain Olives Production rose 15% year on year. In 2019, the country was ranked number 1 among other countries in Olives Production with 9,176,929 Metric Tons. Italy, Turkey and Greece respectively ranked number 2, 3 and 4 in this ranking. Slovenia witnessed the best average annual growth at +33.6% per year, while Iraq was the worst growing country at -18.2% per year.

Top 10 Countries for Olive Production in 2019 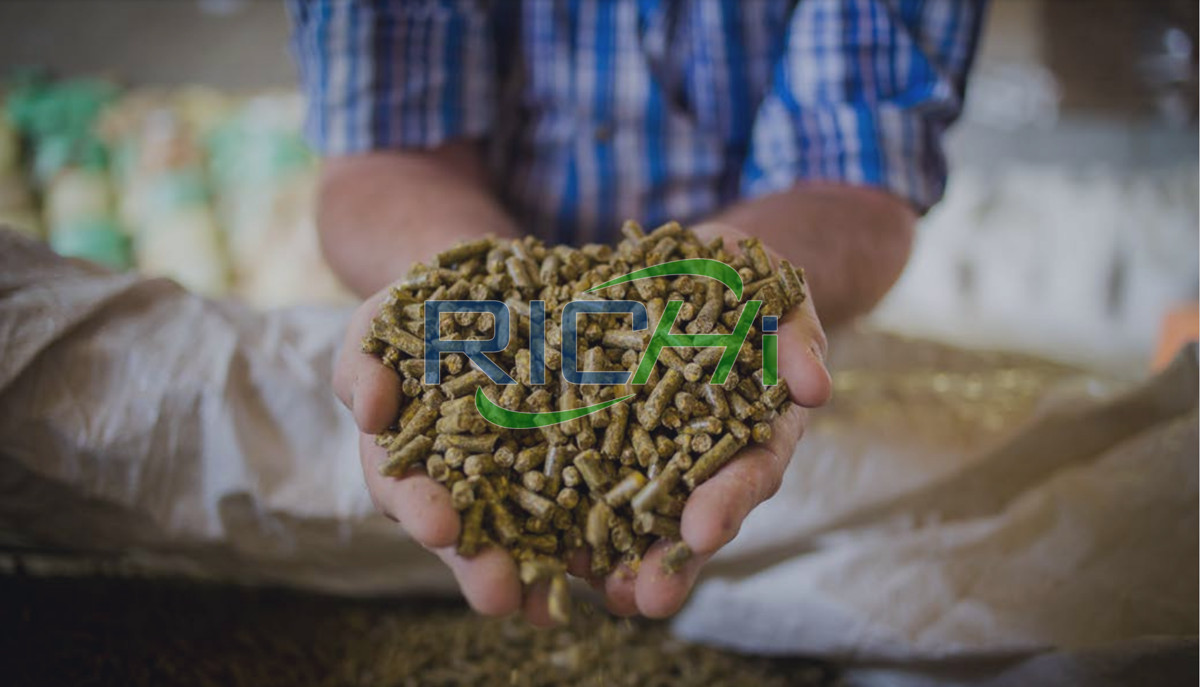 Olive cake is crushed with the help of olive pomace hammer mills or a olive pomace grinder to reduce the size of the olive cake and finally produce a fine powder.

Olive pomace has a high moisture content of 40-70%, depending on the olive oil extraction process. Then a rotary drum dryer is essential. The rotary dryer has a slight inclination, acting as a conveying device and stirrer. The goal of the drying process is to reduce the moisture of olive pomace to approximately 12%, which is suitable for pelletizing.

Pomace pellets discharged from olive pomace pellet milling machine are high in temperature and moisture content. Our counter current pellet cooler is used to remove pellet heat as well as the moisture content to ensure pellets quality and shelf-life.

The powder materials or unshaped pomace pellets are sieved and send to the olive pomace pellet mill equipment again.

These pellets are then packed into different capacity bags for distribution.