Richi Machinery is the professional fuel pelleting equipment supplier for the creation of biomass pellets in China and has acquired a vast amount of knowledge regarding the many different materials used in bioenergy. Fuel pellet making machine is mainly used to produce fuel pellets or other biomass pellets. The pellets used in power plants or home combustion, have higher combustion values and are easy to store and transport.

Fuel pellets are made from biomass feedstocks that are dried, pulverized, and compressed by biomass fuel pellet making machine. Biofuel pellets can be made from several types of biomass including industrial wood waste, food waste, agricultural residues, energy crops, and virgin lumber.

Wood pellets are the most common type of pellet fuel and are generally made from compacted sawdust and wastes from the milling of lumber, manufacture of wood products, and construction debris.

Biomass fuel pellets made by biomass wood fuel pellet granulator can be used as fuels for power generation in a centralized biomass power plant, for fuel pellet stove, for commercial or residential space heating.

There are many types of biomass sources and value added biomass fuels, and the type of resource varies geographically. However, almost every part of the world has access to some type of biomass energy; this allows nations with different levels of technical development to meet their energy needs using biomass without having to import fossil fuels.

The use of biomass fuel pellets has steadily increased over the past two decades. Although biomass fuel pellets is not likely to completely eliminate the use of fossil fuels in the near future, biomass can be used as a substitute to replace some of our consumption of coal, oil, and natural gas.

Environmental impacts, competing land uses, the need for food, and the energy required to produce and harvest biomass material are limiting factors. Cultivating biomass sustainably and burning biomass fuels efficiently will help ensure that they are used wisely in the future.

3. The starting current is half gear machine as double motors, and little influence on power grid.

4. The support bar and main shaft forging together, good rigidity, whatever old or new machine, roller always stay parallel to the ring die, so the production efficiency is like new.

5. Installation form of fuel pellet mill machine ring die have two kinds. One is normal cone type ,the other is hoop type.

6. Can be used for pellet from wood, tree branches, wood chips, wood sawdust and any other biomass materials.

Richi Machinery has developed a range of biofuel pelletizing machine, with either gear-driven or belt-driven transmission, to deliver peak performance, quality, and controllability for a variety of biomass fuel pelleting needs. 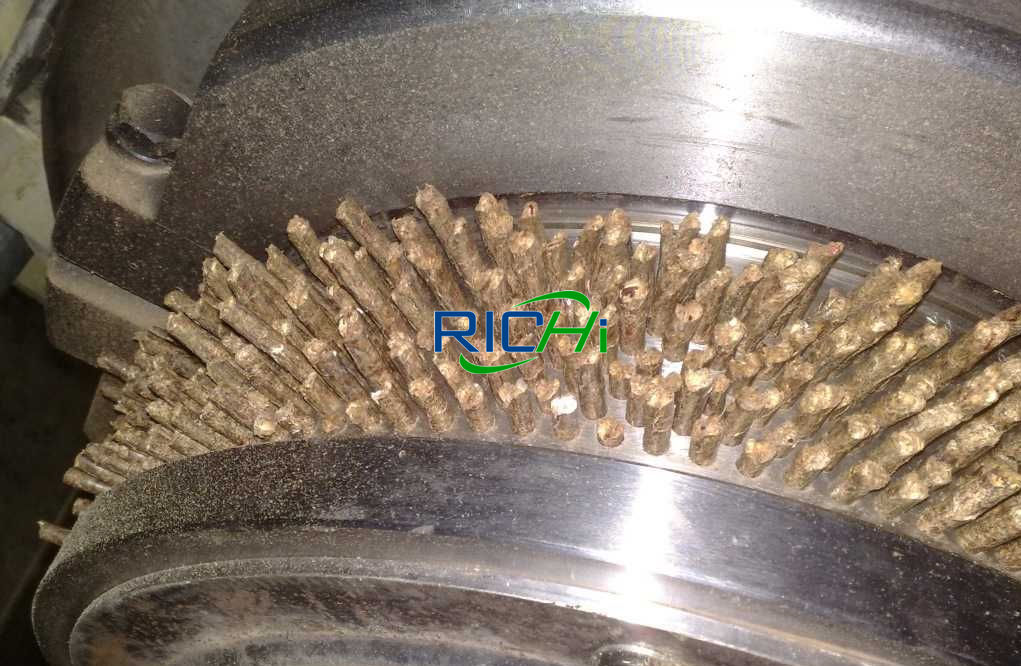 As the pressure and friction increase, the temperature of the wood also increases. This allows the lignin to soften and the fibre to be reshaped into pellet form. Simultaneously, the moisture content is reduced because of the higher temperature.

Wood is by far one of the oldest and most abundant types of biomass feedstocks. Wood was once the main energy resource used during the early history of the United States, but now it plays only a small role in meeting the nation's energy needs (3%). Still, in certain parts of the country, including Wisconsin, wood provides people with an inexpensive and plentiful source of energy for heating. 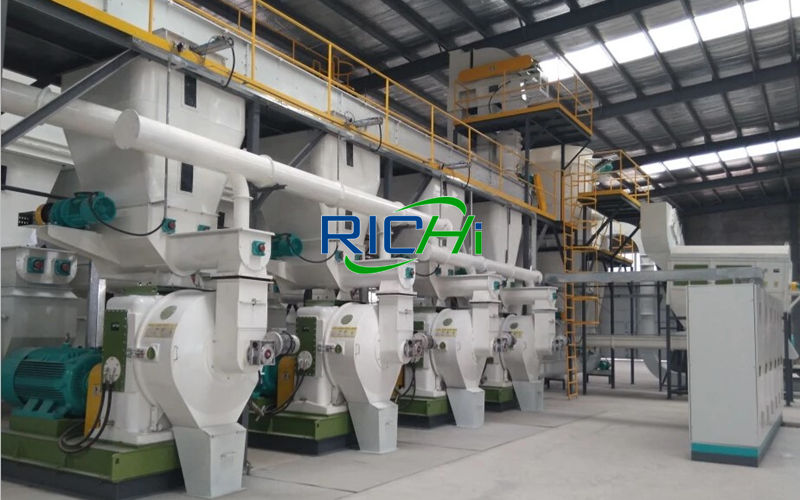 About 20 percent of U.S. homes get some heat from burning wood, while about four percent use it as their primary fuel. In addition to cord word, other types of forest products residues such as tree tops, branches, bark, logging slash, and saw mill waste can be used as sources of biomass energy.

Many crops that have been traditionally raised for food can also serve as a source of biomass energy. The most dominant examples in use today include corn, sugar cane, soy, and canola. 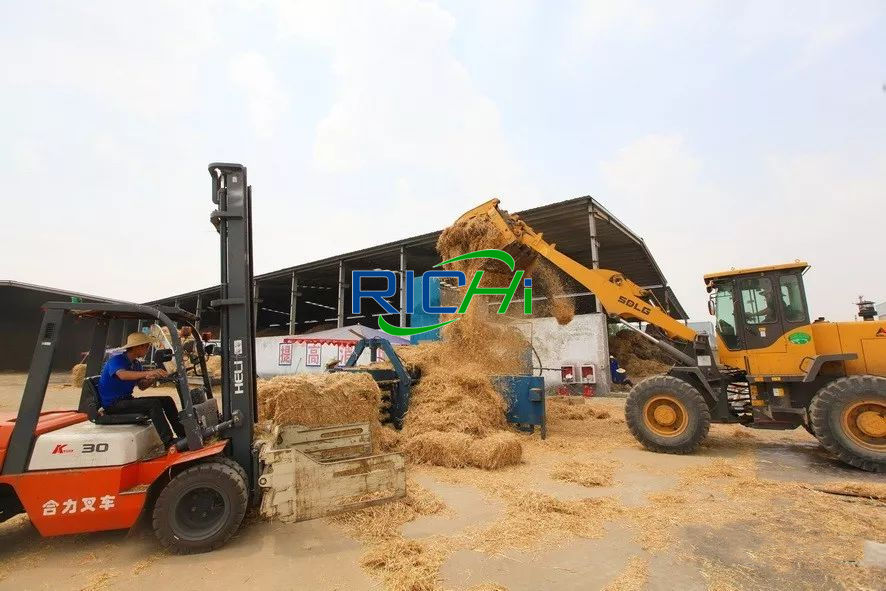 Agricultural wastes are plant parts left over after farmers have harvested their crops. These wastes include stalks, husks, prunings, straw, and corn cobs. Agricultural waste may also include crops that were lost due to diseases or pests, and crops that spoiled in the field before they could be harvested. 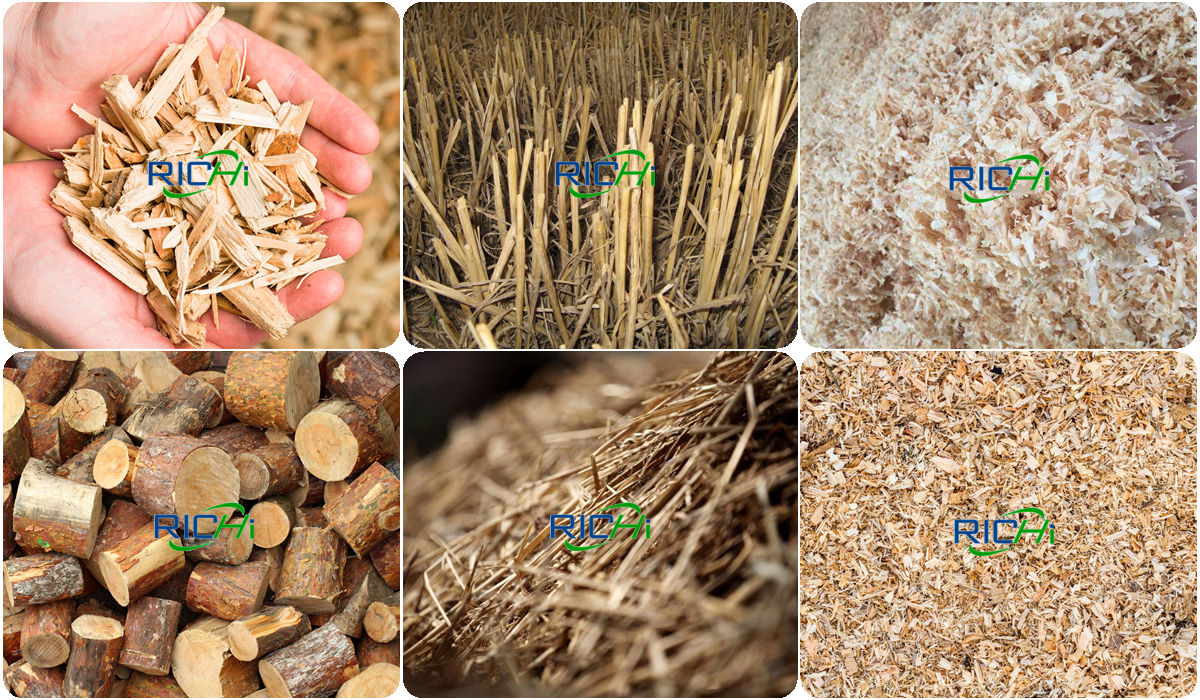 Agricultural wastes are used to produce energy in many parts of the world. In Hawaii and Brazil, bagasse, a residue left over after sugarcane is harvested and processed, is burned in power plants to produce electricity. In Denmark, straw is burned to produce heat for farms, and in some parts of rural Wisconsin corn and corn stover (leftover corn cobs, leaves, and stalks) are sometimes burned for space heat.

Animal waste products such as manure have long provided biomass fuel for rural societies. In developing countries throughout Asia and Africa, animal manure is collected and dried into cakes that can be stacked, stored, traded and sold for as a source of solid fuel for heating and cooking. 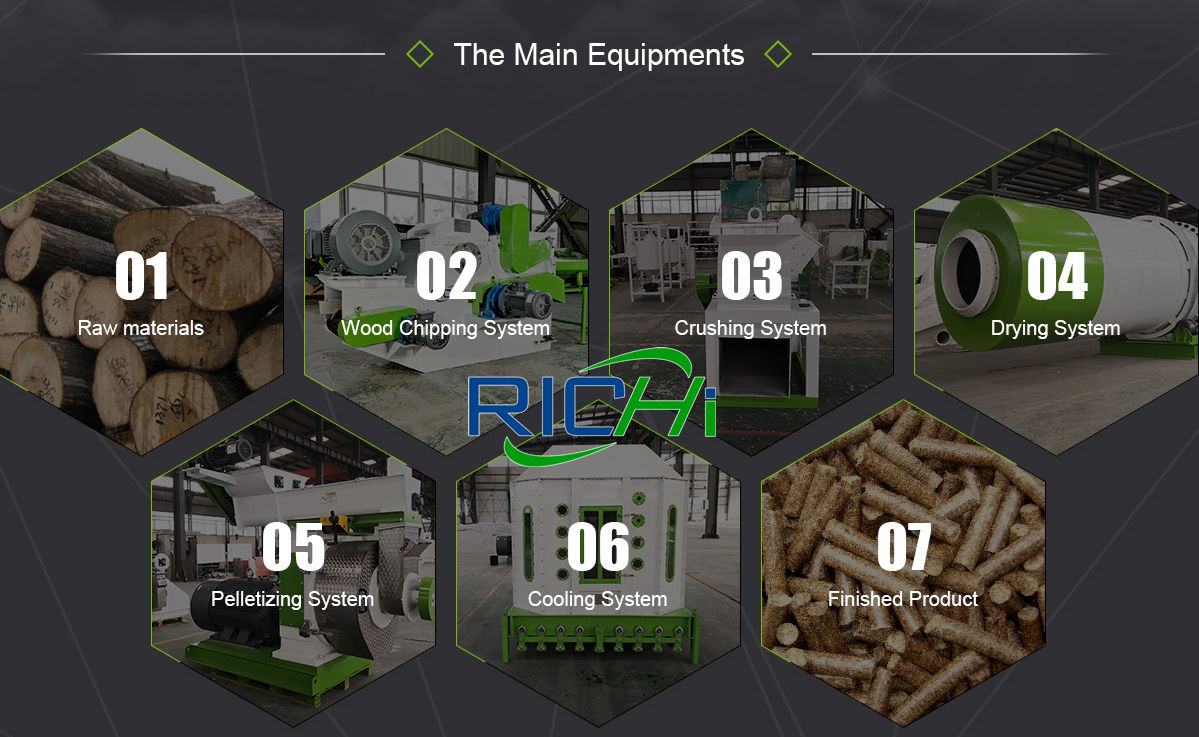 (for example: On a larger scale, some plants in the U.S. generate electricity by drying and burning manure from farms and cattle feedlots. One plant in Benson, Minnesota burns turkey manure and produces enough power for 40,000 homes.)

Waste disposed of by residents and businesses, called municipal solid waste (MSW), can provide a source of fuel. A large percentage of this waste is made up of organic materials such as wood, paper products, food waste, and yard waste. Therefore, some MSW is a form of biomass fuel. 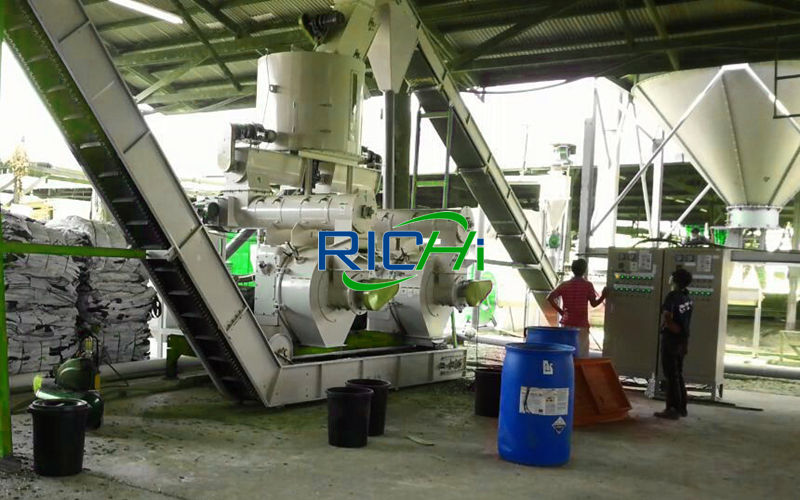 Specially equipped waste-to-energy power plants can use MSW to produce electricity or heat. The waste is separated and non-combustible materials are removed before the remaining waste is taken to the power plant to be burned.

How to make fuel pellet by complete biomass pellet plant?

The particle size is reduced and the total surface area is increased as a result of the process of collecting waste biomass pieces and passing them through the biomass hammer mill for pre-grinding. Then, these powdered biomass waste materials are dried in the oven and the moisture content is reduced.

The dried biomass material is finely ground and then pressed by RICHI series ring die pellet mill under high pressure into pellets. The product that comes out of RICHI ce super quality biomass pellet mill is cooled and packaged and ready for use. As a result of these processes, the burning energy efficiency of the same wood product can be increased up to 3-4 times.