The 2017 Chinese New Year just passed, and the 600,000 tons pig stock feed mill construction of Xinyu Hengqing Feed Co., Ltd. officially broke ground. The excavator happily danced the bucket to excavate the foundation of the main workshop, which opened the prelude to the construction of the 600,000 tons pig stock feed mill factory.

The fully automated stock feed processing plant machine for this project is all manufactured and supplied by Richi Machinery. 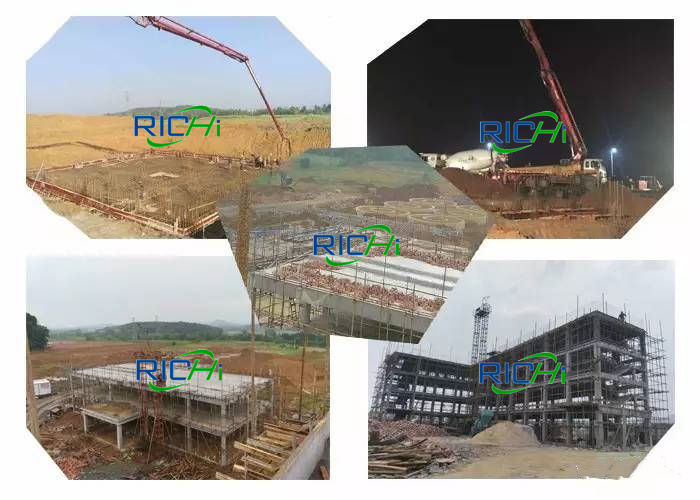 In the feed industry, there are uncertainties in policies such as the new logistics policy and the environmental protection and demolition of pig farms. Everyone said that the industry situation is severe and showing a downward trend.

However, our customer——Huanong Hengqing feed company has suddenly emerged, production and sales are booming, and market sales are in short supply. However, the large 600000t/a livestock feed mill factory project can buck the trend, which fully demonstrates the huge advantages of Huanong Hengqing's management model. 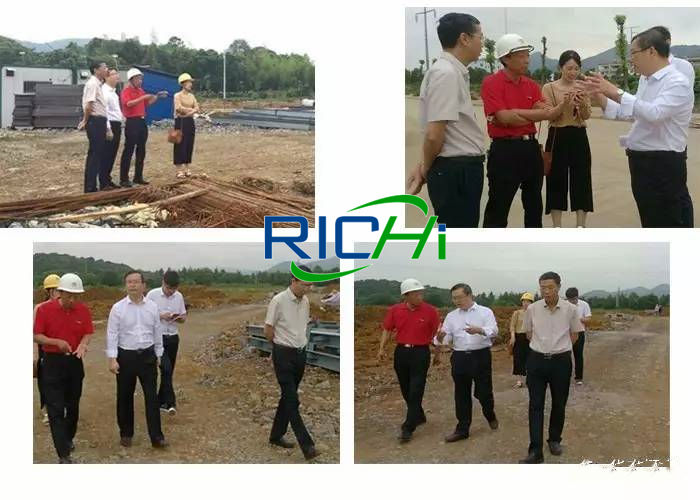 In general, the 600,000 tons fully automated pig livestock feed mill project for making complete livestock feeds will be standardized and implemented in accordance with the basic requirements of environmental friendliness.

After more than two months of hard work, the construction personnel overcame the huge difficulties caused by the rainy season and the muddy site. Every environmental monitoring is in place, problems are found and solved in a timely manner, and cross-operations are pre-judged and effectively coordinated to ensure good cooperation and improve work efficiency.

Up to now, the foundation of the main workshop and silo of the 600,000 tons pig stock feed mill have been prepared, and the steel structure and silo installation stage has entered the stage. The dormitory building and office building have been capped.

Facing the huge production pressure of the Gaoan base, in order to ensure market supply, all construction personnel are closely surrounding the overall goal of the plan, actively find ways to overcome difficulties, take measures to speed up the 600,000 tons pig stock feed mill construction, and make every effort to ensure the smooth realization of the ultimate goal of putting into operation on August 9! 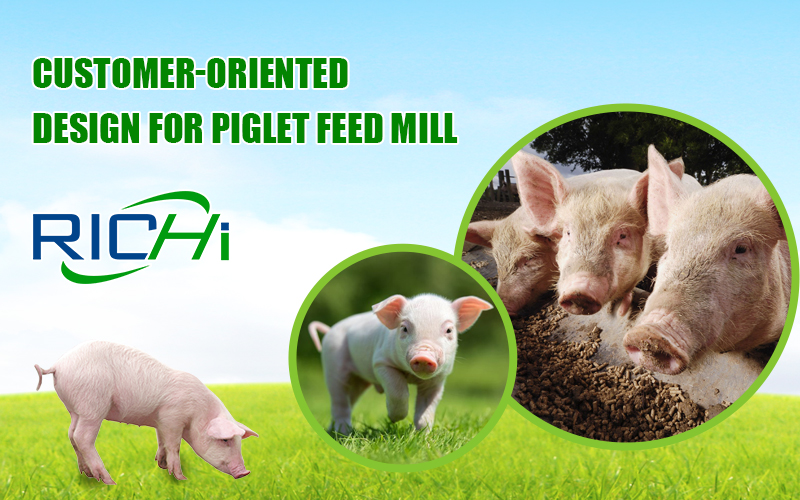 On December 14, 2016, Huanong Hengqing Fenyi's annual output of 600,000 tons of high-grade feed was officially signed and settled in Fenyi County, Xinyu City, Jiangxi Province; at the same time, Huanong Hengqing and the leaders of Xinyu Municipal Government agreed to modernize and standardize pig raising for 400,000 live pigs community project construction conducted in-depth communication and reached a preliminary consensus. Huanong Hengqing Fenyi Feed Project Base covers an area of ​​90 acres and will be completed in two phases.

Next, Huanong Hengqing will quickly start the construction of the 300,000-ton feed project in the first phase of the pig stock feed mill project, and actively communicate with the Xinyu Municipal Government to accelerate the implementation of the 400,000-head modernization and standardized pig-raising community project. 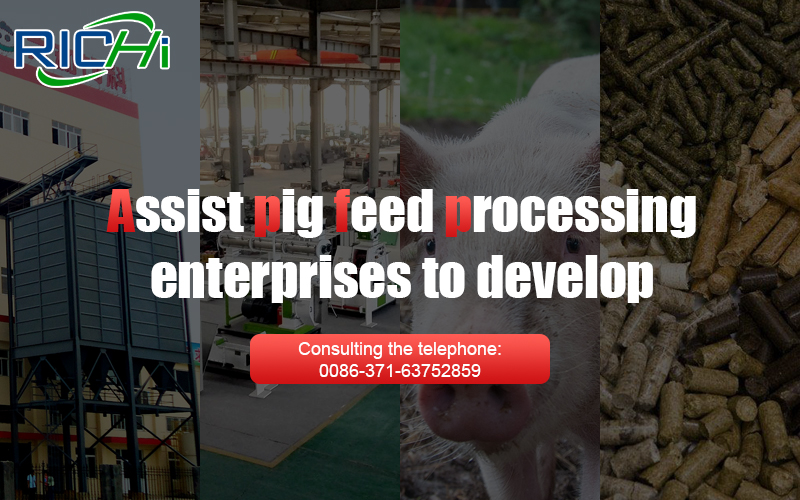 The above is the article for you: The Construction Of Xinyu 600,000 Tons Pig Stock Feed Mill Project For Making Complete Livestock Feeds Undertaken By RICHI Is In Progress.

Next：The Animal Feed Mill Plant Project With An Annual Output Of 60,000 Tons Of Complete Compound Pellet Feed For Cattle And Sheep Was Put Into Operation