Contrarian Expansion! The Production Capacity Of This Pig Feed Mill Plant Is About To Reach 600,000 Tons

The concentration of the feed industry continues to increase. In recent years, an average of 750 feed companies have been eliminated every year! This year, the pig industry has also ushered in a period of low pig prices, and the sales of most feed companies have dropped significantly.

However, no matter how bad the environment is, there are still companies that rise to the challenge and their performance climbs to peaks again and again. 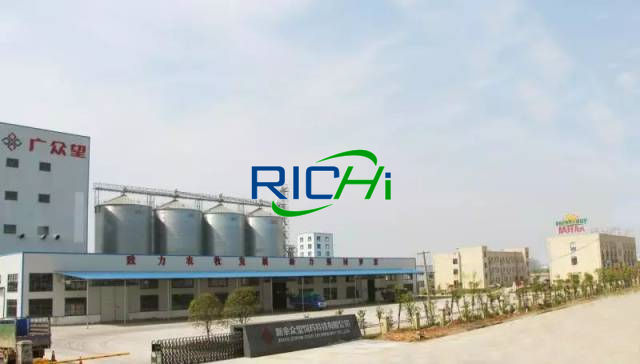 Through the downturn, sales in the first quarter increased by 30%

Feed giants are expanding rapidly, and the industry concentration is constantly increasing. They are sailing against the current, and if they do not advance, they will retreat. This is the current environment for pig feed companies. It is understood that there are 35 feed enterprises with an annual output of more than 1 million tons in 2017, accounting for 60% of the country's total output. In 2010, the proportion of feed enterprises with more than 1 million tons was only 37%. 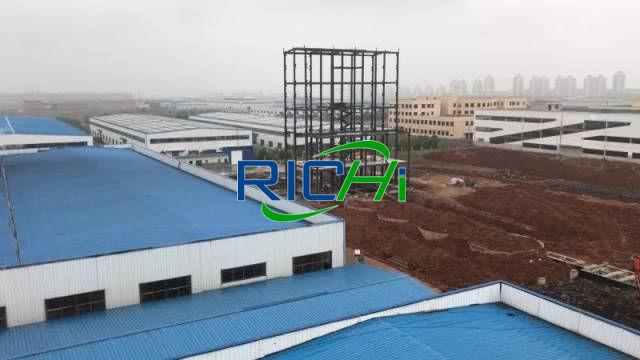 The method of making a good feed is not complicated, but it is difficult to get the quality and service in place. The RICHI feed technology adopted by the client company is very advanced, and it has also developed a unique GDC secondary curing process, and is equipped with RICHI pig feed mill machinery. 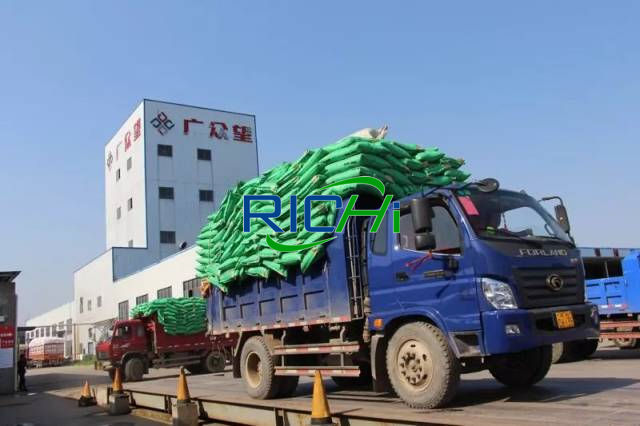 After a lot of tests, it has been proved that the palatability and absorption rate of the suckling pig feed produced by the GDC process have increased significantly.

The second is the advanced pig feed formula, the application of digestible amino acid balance technology, and the addition of micro-ecological preparations and yeast extracts to promote the rapid growth of pigs and improve their health.

In addition, the pig feed mill plant project also has a strict quality management system. Two grain depots are leased in Inner Mongolia, and corn is purchased and stored in designated production areas, and the quality is controlled in the fields. 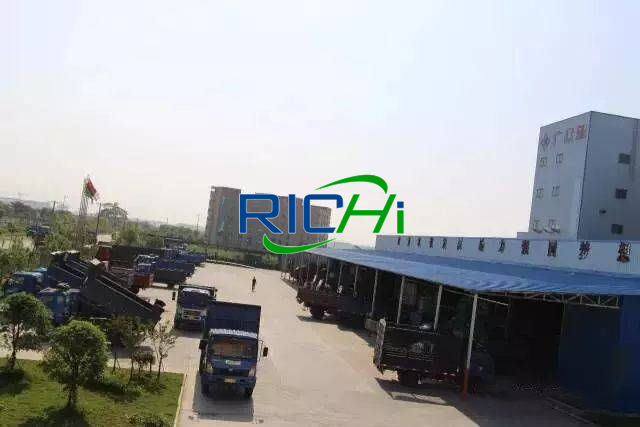 The first use of color sorting equipment to remove moldy corn kernels, minimize mycotoxins contamination, and maintain stable quality. The client company has stabilized the quality with a series of measures and won the reputation.

In addition to quality control, the client pig feed company is also trying new breakthroughs in feed technology. In order to develop the 210 large-scale nursery model, the client pig feed company hosted the largest pig farm in Gao'an, and planned to carry out a large number of experiments on the pig farm to study the key control points of the large-scale nursery package and maintain the technical advantages of nursery feed products.

Accomplished customers, sales increased by 30% in the first quarter

Since the beginning of 2018, the national pig price has fallen. According to the feedback from the dealers, the sales volume of feed in Jiangxi Province has dropped by 20% year-on-year. Because there are many fattening pig farms in Jiangxi, when the pig price fell, many pig farms tried to stop losses. Empty stalls, coupled with the demolition of pig farms, are also inevitable in Jiangxi Province. 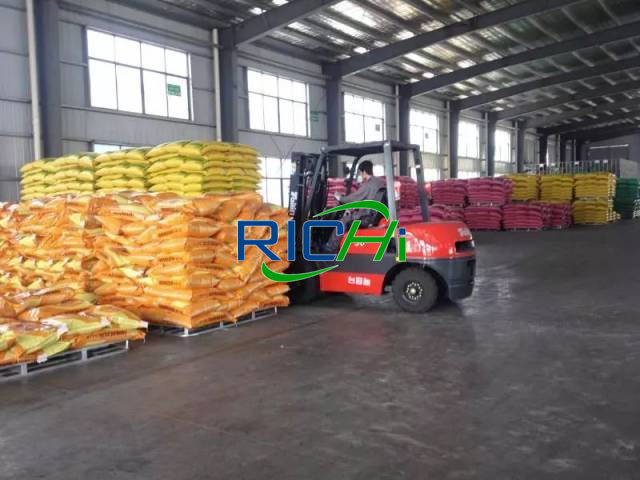 However, in the first quarter of 2018, the client company achieved a 30% year-on-year increase in sales. "It's mainly because of word-of-mouth from old customers that we introduce new customers instead. Moreover, we mainly focus on customers from large pig farms, which are less affected by the market. Unlike retail investors, they quit when the market is bad." According to the current progress, sales of 350,000 tons can be achieved in 2018.

Enough attention to service is also the key to making customers more trustworthy in this pig feed company. Xinyu Zhongwang has established a sound service system. The technical service team has more than 70 people.

In addition, the client company also provides co-management services for pig farms with more than 200 sows, and dispatches technical farm managers to help manage the pig farms to jointly improve production performance. Only by improving the production performance of small and medium-sized family farms, so that they can survive the competition, will commercial pig feed mills have room for survival.

Expanding against the trend, the sword refers to a single plant of 600,000 tons

The client company is currently in a period of rapid development, and the current monthly sales volume is close to 30,000 tons. The client company insists that quality creates value and service enhances value, but if the performance continues to rise, how can some details of the current situation be in place? 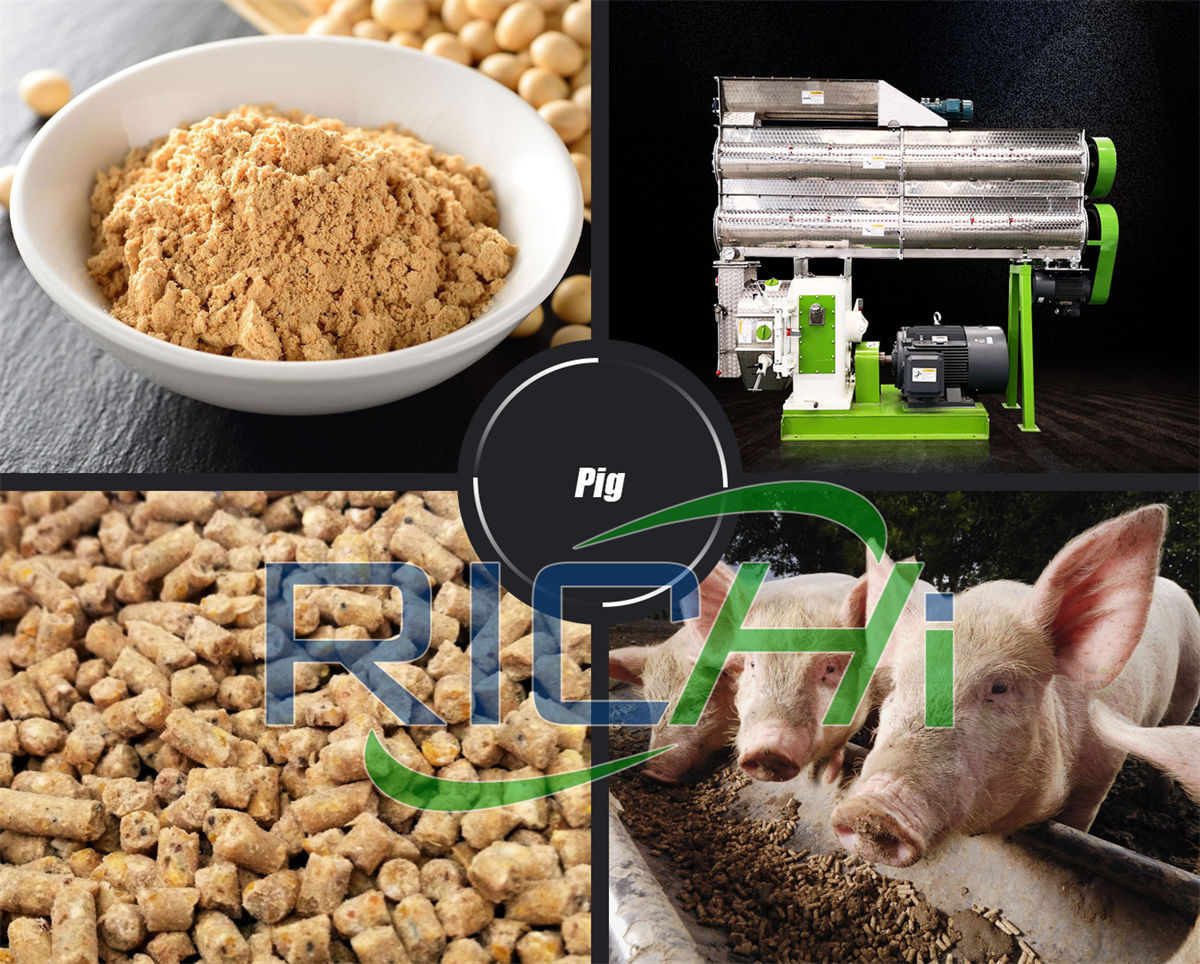 The client pig feed company's vision is to be a century-old enterprise with customer satisfaction. At present, it is standardizing the process, making the method replicable, and laying a solid foundation to go further. Next, Xinyu Zhongwang will build new pig feed mill factories in Ganzhou and Shangrao, Jiangxi, and plan to achieve production and sales of 1 million tons in Jiangxi area in 2020.

The third phase of the client pig feed company's project has already started and is in full swing. It is expected to be put into operation in August. By then, the client company's pig feed production capacity will reach 600,000 tons, making it one of the largest pig feed mill factories in the country.

The above is the article for you: Contrarian Expansion! The Production Capacity Of This Pig Feed Mill Plant Is About To Reach 600,000 Tons.