Origin of the large animal feed factory with an annual output of 180,000 tons——situation analysis for cattle and poultry feed plant proposal

The animal feed industry is the most industrialized industry in China's agriculture. It is the link that connects planting, breeding, livestock, poultry, and aquatic product processing industries, and plays a pivotal role in agriculture. With the acceleration of industrialization and urbanization, the urban population continues to increase, the living standards of urban and rural residents continue to improve, and the consumption demand for livestock, poultry and aquatic products continues to increase. 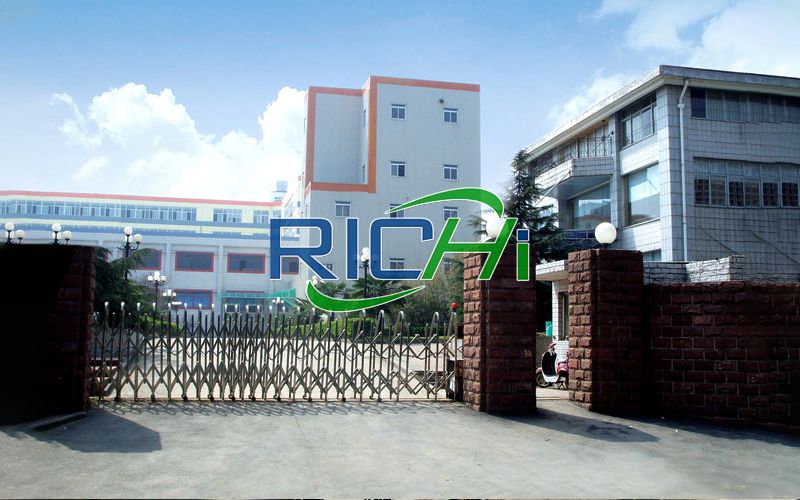 Project composition and content-proposal for starting a pellet milling business 180,000 tons per year

The total investment of the new technology animal feed plant project is 130 million yuan, and the total area is 20003.43m2. The three animal pellet feed production lines of the animal feed company project are mainly located in the No. 1 main workshop.

After the three animal feed lines of the turnkey project feed factory are completed, according to market demand, when the production capacity is less than 180,000 tons, the first and second workshops can meet the storage capacity of the big feed mill project project. 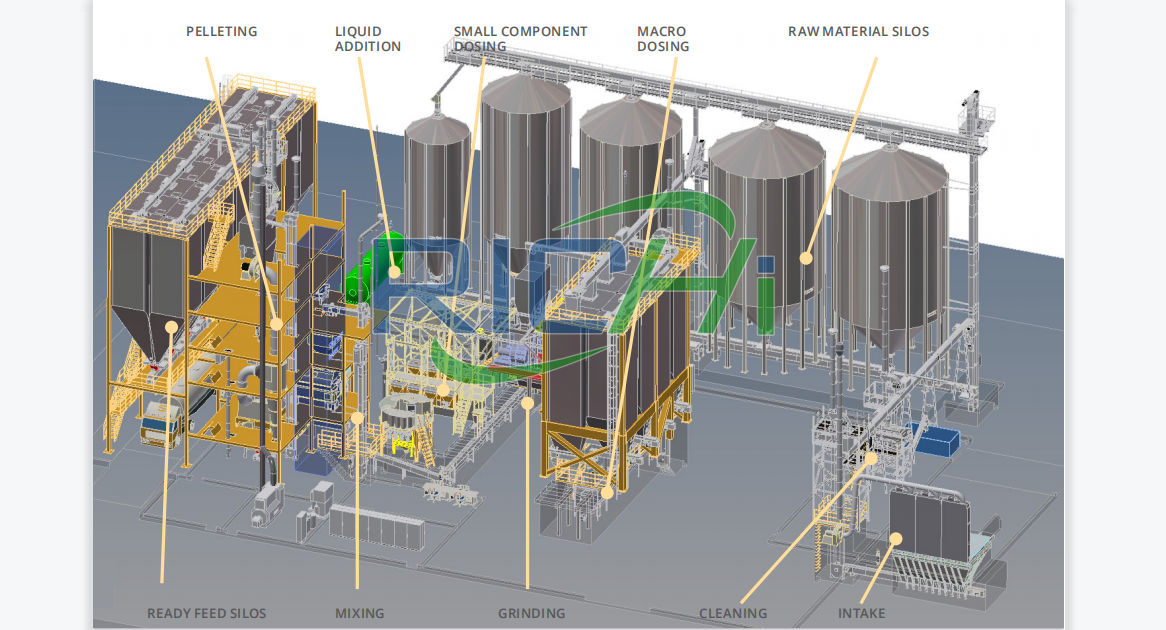 When the production capacity reaches 180,000 tons, It is necessary to build three workshops to increase storage capacity. Therefore, the full automatic feed production project project is gradually started and will be constructed in phases. 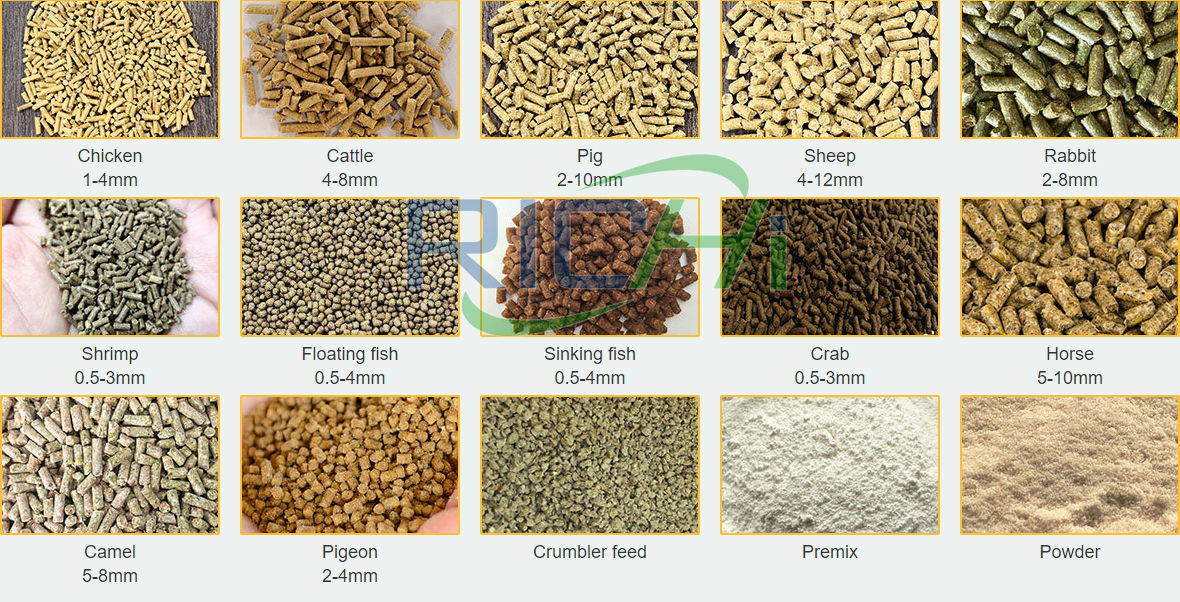 Remarks: The destination of raw material consumption is: dust generated during raw material loading and unloading, feeding, screening, crushing, ingredient mixing, granulation cooling, quantitative packaging, etc., unqualified products, screening impurities, of which dust and unqualified products are returned used in the animal feed mill production process, the impurities are sorted and collected, the ones that can be recycled are sold to related units for recycling, and the other impurities that cannot be recycled are sent to the sanitation department for regular removal and disposal.

The planned plant area of ​​the factory offered automatic running animal feed mill project is rectangular, with the northwest part of the plant area as the production area, and the southeast area as the office and living area. The office and living areas are mainly office buildings, shift rooms, and guards. Green belts are set around the factory area. 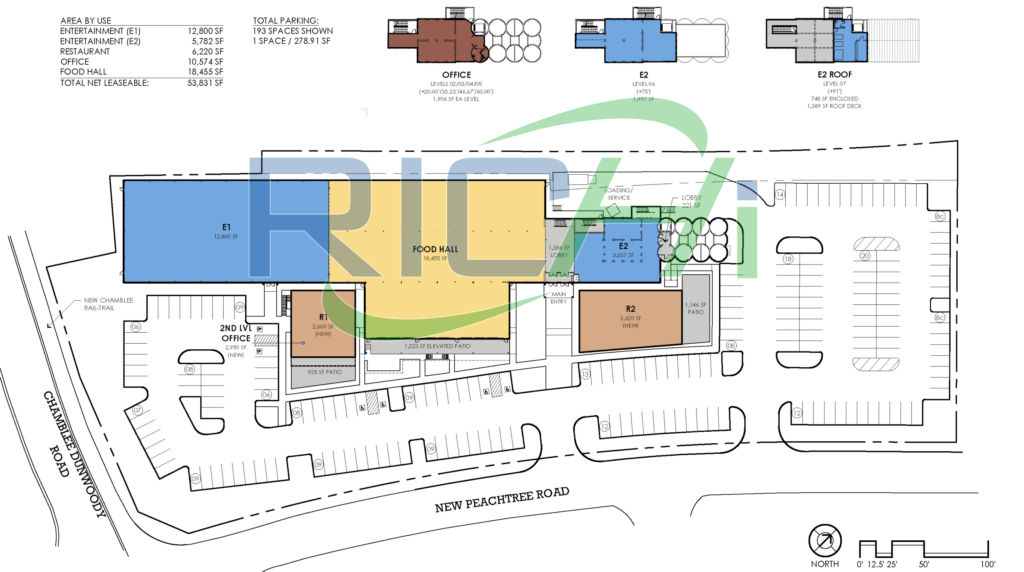 Let the buildings in the 22t/h poultry animal livestock feed factory area be compactly arranged but separated to a certain extent, although they are closely connected, they will not interfere with each other. On the whole, the general layout of the new build feed company project can meet the needs of animal feed production, while minimizing the impact on the surrounding environment, which is generally reasonable and feasible.

Setting up an animal feed manufacturing company is not easy, but as a professional animal feed plant manufacturer from China, we can help you to order all the procedures for establishing a best solution customized animal feed mill plant, and provide you with the most reasonable, economical and most suitable Your plan and feed equipment. Feel free to contact us at any time.

The above is the article for you: Animal feed production business plan for animal feed factory project with an annual output of 180,000 tons.