Extruder mainly consists of a barrel and a screw which rotates in the barrel. There are two kinds of extruder: single screw extruder and twin screw extruder. During the extrusion process, the material enters the die cavity from the feeding port, and is pushed forward by the screw. It is extruded, mixed, compressed and sheared. Due to the effects of driving force, friction force, shear force and external heating, the material is heated under pressure, and reaches high temperature and high pressure. The material is ripened into a modified paste. When the material is extruded from the front die hole, because the temperature and pressure suddenly drop to normal temperature and pressure, the water in the material evaporates rapidly, and the volume expands rapidly, becoming an expansion. 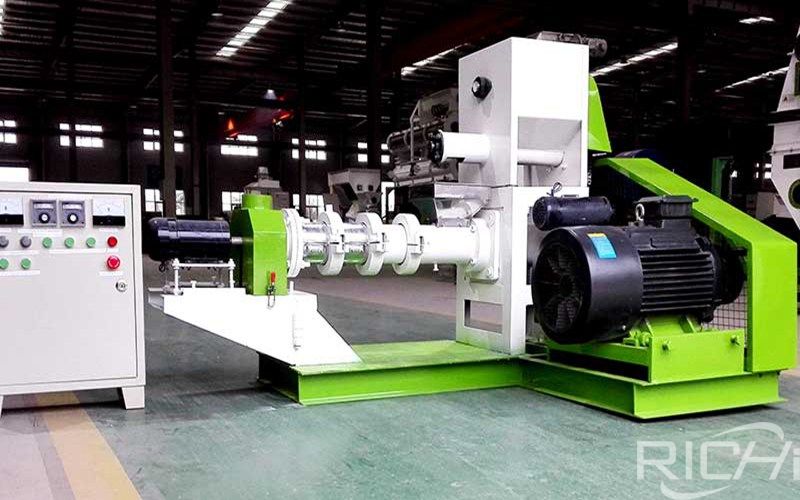 The screw of single screw extruder consists of a shaft connecting screw units of various structures. The whole screw consists of three sections: feeding section, kneading section and melting homogenization section. When the material enters the barrel from the feeding port, it undergoes solid transportation, melting and homogenization in the screw, which changes the material from loose state to continuous plastic dough shape.

In the single screw extrusion chamber, the material is basically close around the screw, in a spiral continuous strip shape. When the screw rotates, the material moves forward along the screw like a nut. But when the friction force between the material and the screw is greater than the friction force between the material and the barrel, the material will rotate with the screw, which can not realize the forward extrusion and transportation of the material. The higher the moisture and oil content of the material, the more obvious the trend is. In order to avoid these problems, most single-screw extruders now adopt the combination screw and inner-wall slotting barrel with staggered arrangement of single-screw, double-screw, pressure ring and kneading ring to adapt to the change of material in the machine chamber.

The structure of the single screw extruder is relatively simple and the price is relatively low. Its development is relatively early, its technology is relatively mature and its equipment is stable. It has been used for over 40 years in the expanded aquatic feed production as a main equipment, and is widely used in the production of low protein adult fish feed, such as tilapia, fish, grass carp and carp. In addition, the single screw extruder has obvious advantages in the production of low-grade feed such as mixed fish feed in ponds. Its raw material does not need to pass through ultrafine powder, and its particle size is 95% through 30-50 mesh, which greatly reduces the cost of equipment investment and improves the production efficiency. 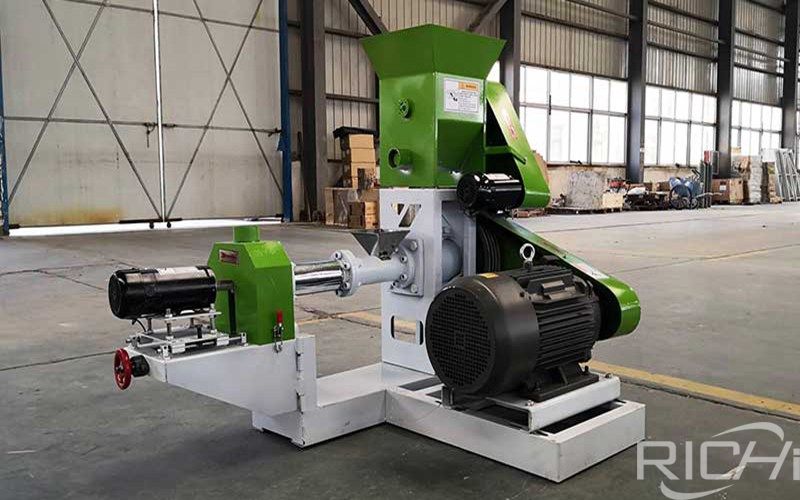 Twin-screw extruder is one kind of multi-screw extruder. It is developed on the basis of single-screw extruder. In the barrel of twin-screw extruder, two screw are placed side by side, so it is called twin-screw extruder. According to the relative position of the screw, it can be divided into meshing type and non-meshing type, meshing type can also be divided into partial meshing type and full meshing type, as shown in Figure 1. According to the rotation direction of the screw, it can be divided into two categories: co-rotating and counter-rotating, and counter-rotating can be divided into inward and outward, as shown in Figure 2. The pressure zone of the co-rotating twin screw is different in nature. The material is rotated by the screw in the sleeve chamber, which produces high pressure zone and low pressure zone, as shown in the symbols "+" and "-" in Fig. 3 (a). Obviously, the material will flow from the high pressure area to the low pressure area in two directions: one is to form two C-shaped material flows along the inner wall of the sleeve along the direction of screw rotation (see figure 4), which is the main stream of the material; the other is to form countercurrent through the clearance of the screw meshing part [see Figure 3 (b)]. The reason for the countercurrent is that the left screw pulls the material into the meshing clearance, while the right screw pulls the material out of the clearance. As a result, the material advances in the shape of __ and changes the direction of the material flow. This not only contributes to the mixing and homogenization of materials, but also causes the grinding (i.e. shearing) and rolling effect between the slots of the screw, which is much smaller than the rolling effect of the reverse screw. Of course, the calendering effect is small, and the wear of the screw will be reduced. The material is thus ripened under the action of high temperature and high pressure through conveying, shearing, mixing and heating of the shell of the barrel, and finally extruded out of the barrel.

Reverse rotating twin screw extruder usually uses two screw with exactly the same size but opposite thread direction. The difference between inward rotation and outward rotation is that the position of pressure zone is different. The pressure generated by the inward rotation of twin screw is high and low. When material passes through the twin screw, it will produce extremely high pressure at the entrance, which makes feeding difficult. At present, this inward and backward rotation is seldom used. The pressure generated by the outward rotation of twin screw is high and low, which is beneficial to feeding. However, the C-shaped material flow formed in the screw can not move from one screw to another, the mixing degree of the material is significantly reduced, and the self-cleaning ability of the material is not effective and stable as compared with the co-rotating twin screw. 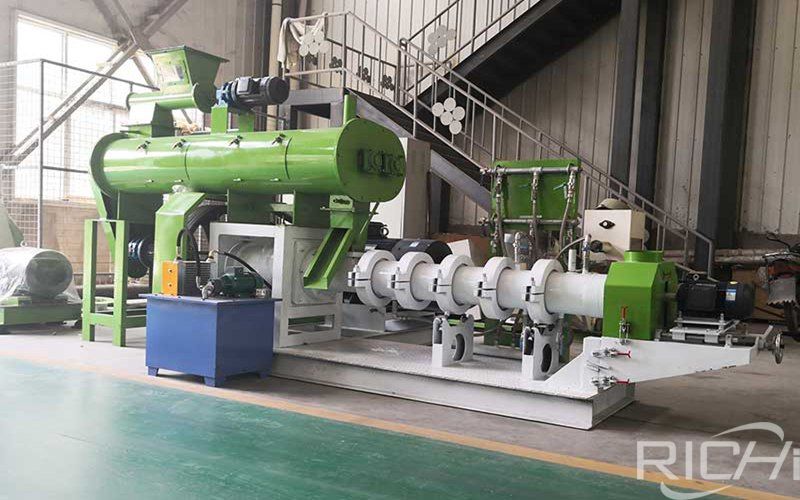 The reverse rotating twin screw produces separation force F which makes the screw move to both sides because of the pressure difference between upper and lower. Under the action of F, the screw press to the barrel, accelerating the wear of barrel and screw, and the higher the speed, the greater the F, the worse the wear, thus limiting the speed of the screw; while the co-rotating twin screw does not have the force to separate the two screw, so the wear is smaller, it can run at high speed, and can achieve it. Because of its high output, co-rotating twin screw is widely used.

Except for the same part as the single screw, most of the heat needed by the material comes from the meshing clearance, which is generated by shearing, extrusion and mixing of the meshing threads and makes the heat uniform.

The above is the article for you: Structural characteristics of extruder.