Can Cattle Feed Be Cereals

Cattle is a kind of ruminant. We know that cattle generally eat grass or feed pellets. The pellet feed that cattle generally eat contains grains, such as corn, soybean meal, wheat, etc. In addition, some grass is added. Grass can be alfalfa, hops, hemp, lucerne, bur clover and corn straw. Can cattle feed be cereals? The answer is of course. Here are some important points to be noted when feeding cattle to cereals on cattle farms.

There are three situations where grain might be fed to cattle - as a drought ration, as a supplement to grazing or in lotfeeding. In all cases care must be taken, especially in the introduction or conditioning of cattle to grain feeding.

The level or amount of grain fed per head will differ for these three situations. Cattle can be maintained on only grain in droughts when fed the equivalent of 1% of their liveweight (for example, 3 kg for a 300 kg beast). Levels of supplementary feeding of grain can range from 0.5% to 1.5% of liveweight as grain per day. Beyond that level of grain, cattle perform better if confined and fed the grain as the major component of a feedlot rations. In lotfeeding, cattle can consume around 2% of their liveweight each day as grain. (Their maximum daily feed intake is about 2.5% of liveweight).

When grain is fed to cattle it is important that their digestive system is allowed to gradually adapt to the grain. The digestive system of a beast that is unaccustomed to grain-feeding and eats a large quantity of grain will be unable to cope. This results in grain sickness (lactic acid poisoning; acidosis; grain overload), which can be fatal. 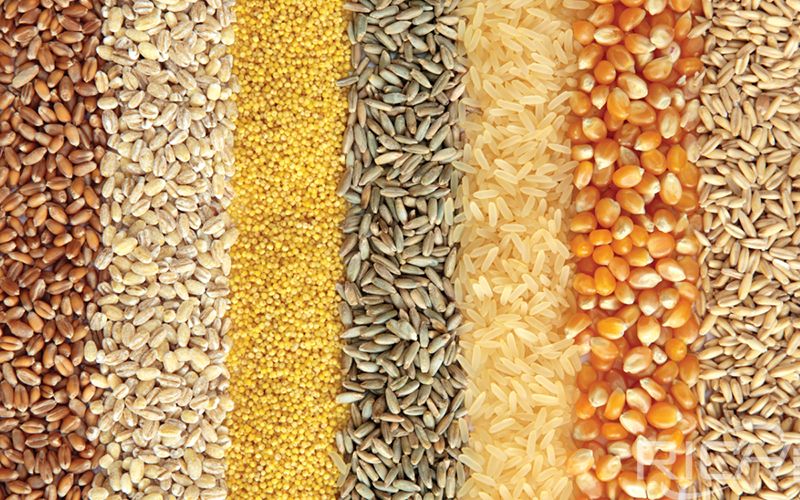 To avoid grain sickness, all animals should only eat small amounts of grain at first and then the amount should be gradually increased. This is not always easy in a group-feeding situation as some animals eat grain readily while others are reluctant to eat grain. Drafting off shy-feeders and separating horned from polled cattle are two ways of reducing uneven consumption.

Cattle should be accustomed to hand-feeding with hay before grain is introduced. Feeding hay is a great way of introducing the cattle to a feed trough. Once all the cattle in a mob are readily eating the hay, the grain can be gradually introduced and the hay either wholly or partly phased out over the next 2-3 weeks, as the full grain ration is introduced. It often helps to feed the grain on top of the hay in the initial stages if it is not fed as a mixed ration.

Start by feeding 0.5 kg of grain per head per day and stay on this level until satisfied that all cattle are consuming some grain.

Then increase the level of feeding by 0.5 kg of grain every second day until the desired ration is reached.

Cattle scouring or going off their feed are signs of grain sickness. Badly affected cattle should be removed and fed only hay until the symptoms subside before reintroducing them to grain again. When these signs appear, the level of grain feeding should not be increased and more hay fed until all is well again. Several factors can cause digestive disturbances, including changes in the weather or a change in the type or source of grain.

Fibrous grains such as oats are safer to feed than grains with little fibre such as wheat.

Chemicals that counter acidity are known as buffers and these can be used during the introductory period. One percent (1 kg per 100 kg of grain) of either sodium bicarbonate or sodium bentonite can be used for this purpose. These can be usually safely withdrawn after about one month of grain feeding.

When grain represents the majority of a beast's daily ration, such as in drought-feeding or perhaps lotfeeding, 1% of ground agricultural limestone should be added to the grain. This makes up for a shortage of calcium in the grain.

For lactating or young animals on drought rations or in lotfeeding, 1% of common salt (sodium chloride) should be added to the grain to correct a sodium deficiency.

The role of roughage

Some roughage is essential in the diet of ruminants to enable normal rumen activity. Hay is a common roughage and need not be of good quality if it is being fed as a roughage source. In drought-feeding, roughage does not have to be fed after the introductory period as some roughage is usually available in the paddock. 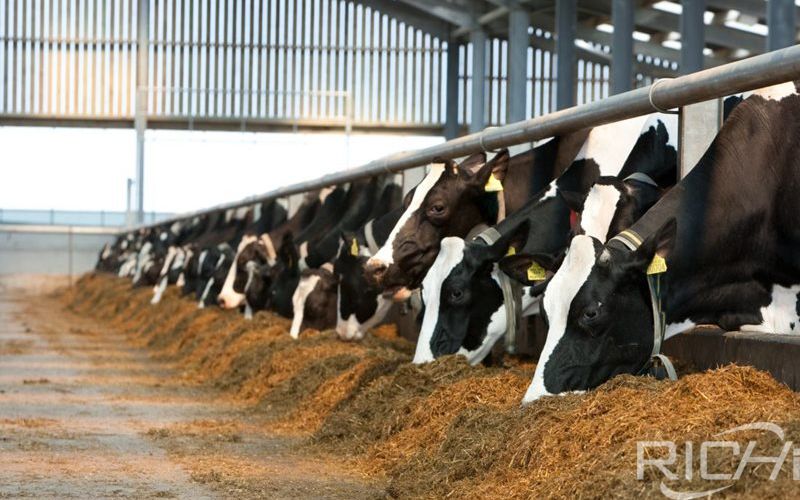 The role of roughage

For lotfeeding, roughage is most important. It is best fed in a chopped form and mixed with the grain to ensure even intake of the grain and roughage. Hammer-milling makes the hay too fine thus reducing its roughage qualities. If using a hammer mill to process the hay, use the largest sieve size to optimise fibre length. Feeding grain and hay separately is likely to give uneven results as some cattle will eat large amounts of roughage and others will eat all grain.

Cattle should be fed daily during the build-up of grain rations. The same feeding routine should be followed each day. Lotfeeding requires that cattle be fed each day. For drought feeding and supplementary feeding however, once cattle are on full rations and accustomed to eating grain, the feeding can then be every second day (that is, twice the daily quantity fed every second day.)

Experience has shown that feeding every third day is about the longest feeding interval that is feasible and this should only be contemplated after feeding every second day has been successfully established.

Processing (rolling, milling or crushing) will improve the digestibility of all grains by cattle. However, processing does make grain a little more likely to cause acidosis. Coarse-rolling the grain using a roller mill is far preferable to fine-milling with a hammermill.

The order of improvement in digestibility of grain by cattle that can be obtained from processing varies considerably, but the following is a guide for the commonly fed grains:

The decision on whether or not to crush grain for cattle depends on several factors:

Availability of equipment to process grain and cost - the coarse crush achieved with a rollermill is superior to the dusty result from a hammermill;

Ease of feeding - in a drought whole grain can be fed on the ground, crushed grain should be fed in troughs; 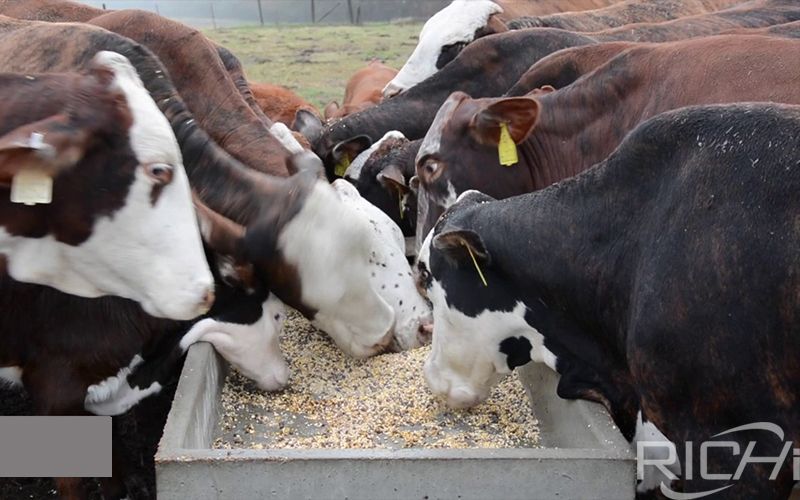 Feeding grain to cattle in troughs avoids considerable wastage particularly in a feedlot situation. However it is usually necessary to provide adequate space for all beasts to feed at one time and this can be expensive. Each beast requires about 500 mm of trough space. (Horned cattle will need more than this.)

Feeding on the ground

In a drought feeding situation, unlike sheep-feeding where the grain is best trailed out on the ground, grain is best fed to cattle in small, spread-out heaps. This stops bullying and milling about by cattle and gives them a better chance to pick up most of the grain. It is not wise to feed processed grain on the ground as too much is wasted.

In the event that you decide to try setting up a feedlot, please read the Agriculture Note, AG0563: Beef Cattle Feedlots - How to get approval.

The above is the article for you: Can Cattle Feed Be Cereals.

Previous：Development and Application of Biomass Pellets