The desert locusts continue to cause an unprecedented threat to food security and livelihoods in East Africa as recent widespread rainfall is expected to push the number of locusts even higher over the coming months. In the countries worst affected or at risk – Ethiopia, Kenya, Somalia, South Sudan, Uganda and Tanzania – around 20 million people are already experiencing acute food insecurity, and a further 15 million in Yemen, which is also being affected by the pest. 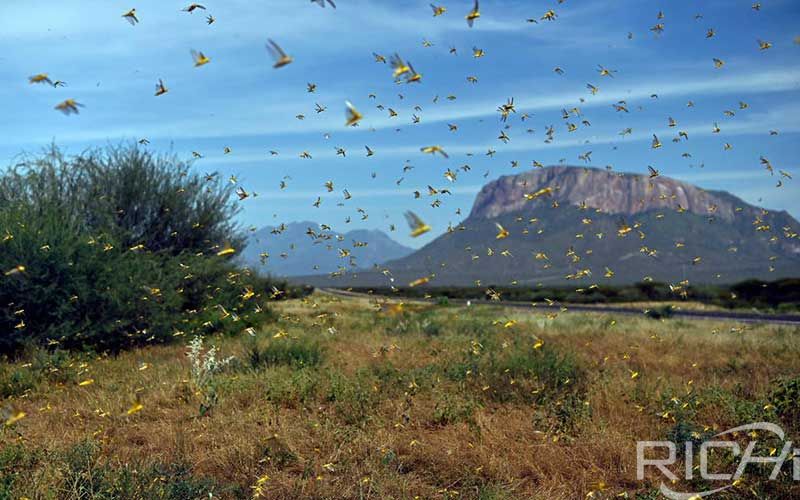 The current situation in East Africa remains extremely alarming as more swarms form and mature in northern and central Kenya, southern Ethiopia and probably in Somalia. This represents an unprecedented threat to food security and livelihoods because it coincides with the beginning of the long rains and the planting season. Although ground and aerial control operations are in progress, widespread rains that fell in late March will allow the new swarms to mostly stay in place, mature and lay eggs while a few swarms could move from Kenya to Uganda, South Sudan and Ethiopia. During May, the eggs will hatch into hopper bands that will form new swarms in late June and July, which coincides with the start of the harvest.

- ETHIOPIA. Swarms mature in the south (SNNPR, Oromia) and disperse northwards in Oromia and Somali region; hopper bands in the east near Dire Dawa. Control continues.

- UGANDA. A maturing swarm was reported on 17 April in Katakwi district of the northeast. 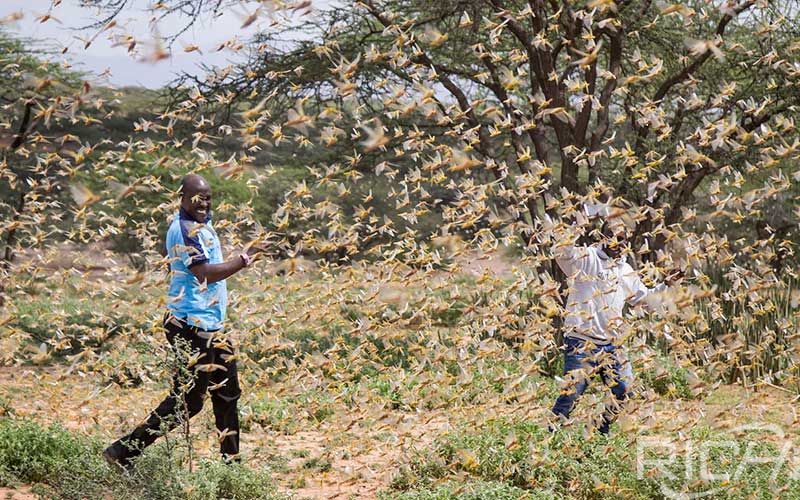 Breeding continues in several countries, causing hopper bands to form that could lead to swarms.

- YEMEN. Heavy rains and floods fell in the interior (Marib, Bayhan) this past week, including Aden today; swarm in Wadi Hadhramaut.

- SAUDI ARABIA. Control continues against mid-instar hopper bands near the Persian Gulf and new hopper bands in the interior (Hail and Al-Badie Al-Shamali).

Breeding continues in the spring breeding areas where the situation is worrisome in Iran.

- PAKISTAN. Hopper and adult groups in Baluchistan; hopper groups and bands in the Indus Valley and Punjab; limited breeding near the Indian border. Control continues. 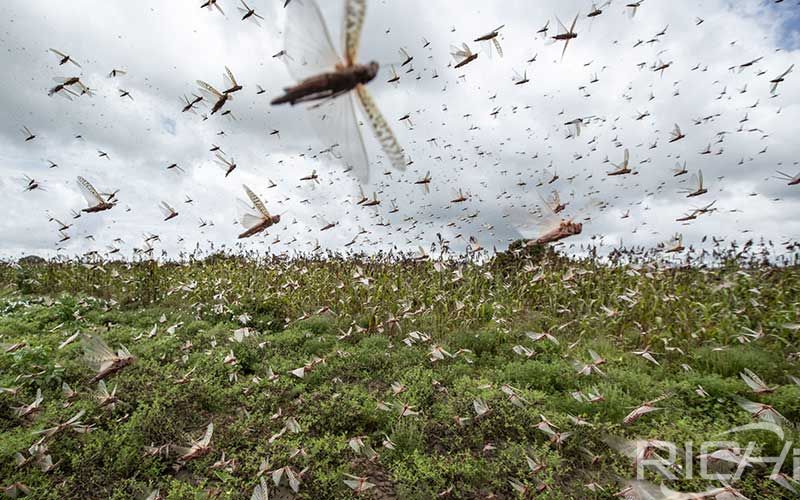 Industry economists conservatively estimate that hog farmers will lose $37 per hog marketed, or $5 billion collectively, for the remainder of the year.

WILLIAMS COUNTY, Ohio — With the restaurant industry closed along with other workforce shortages, hog farmers are being hit especially hard during the coronavirus outbreak.

Frank Parrish owns Parrish Pork and Poultry in Williams County. On average, 1,200 to 1,500 hogs go through his farm every year, which is a small operation compared to bigger complexes across the country.

He said his sales have been steady because the Toledo Farmers Market has been open every week, but larger pork farms haven't been so lucky.

Ty Higgins, a spokesperson with the Ohio Farm Bureau said that nearly every commodity has lost billions of dollars since the outbreak started, but the hog sector has taken the biggest hit. The sector is down 50% from three months ago.

Industry economists conservatively estimate that hog farmers will lose $37 per hog marketed, or $5 billion collectively, for the remainder of the year.

"They're losing money with every bale of hay they feed, with every time they feed the hogs or poultry. There's money lost there," Higgins said.

Food processing plants have had to shut down or change their hours of operation because of COVID-19, so there's no place for the product to go.

"A lot of large complexes are euthanizing smaller hogs so they don't have to feed them out. I don't know if a lot of people are realizing that's happening," Parrish said.

"Unfortunately, if they're not being taken to the processing plant, if that room is not being made for the new piglets, then that's one of the options that have to be on the table for producers. It's a very last resort," Higgins said.

Higgins added that he hasn't heard of that happening on Ohio farms yet, but it's an option that must be discussed.

Parrish said that he doesn't know how coronavirus will affect his business in the long-run but he's staying positive.

"I hope that when this thing lets up, we'll do it gradually and hopefully within the next few months, we can get a handle on this whole thing," he said.

One thing people shouldn't worry about, Higgins said, is seeing a shortage of food in the coming weeks and months.

"We have cold storage of meat that's going to last us quite a while," he said.

The federal government, through the CARES Act, has given billions of dollars to farmers across the board so they can stay in business.

The Coronavirus Food Assistance Program (CFAP), a new U.S. Department of Agriculture program, will provide $19 million in immediate relief to support farmers and ranchers, maintain the integrity of the food supply chain and ensure every American continues to receive and have access to the food they need.

If you are interested in our products or project solutions, please contact us. We will give you the best product quality and the best price. Email: sales@cnrichi.cn

The Negative Impact of Covid-19 on Wood Pellet Producers
A survey conducted by ENplus®, a certification scheme for w ...09-25

How To Manage Cattle Farms During Covid-19
Reduce the number of people helping to work cattle. Ask high ...07-22